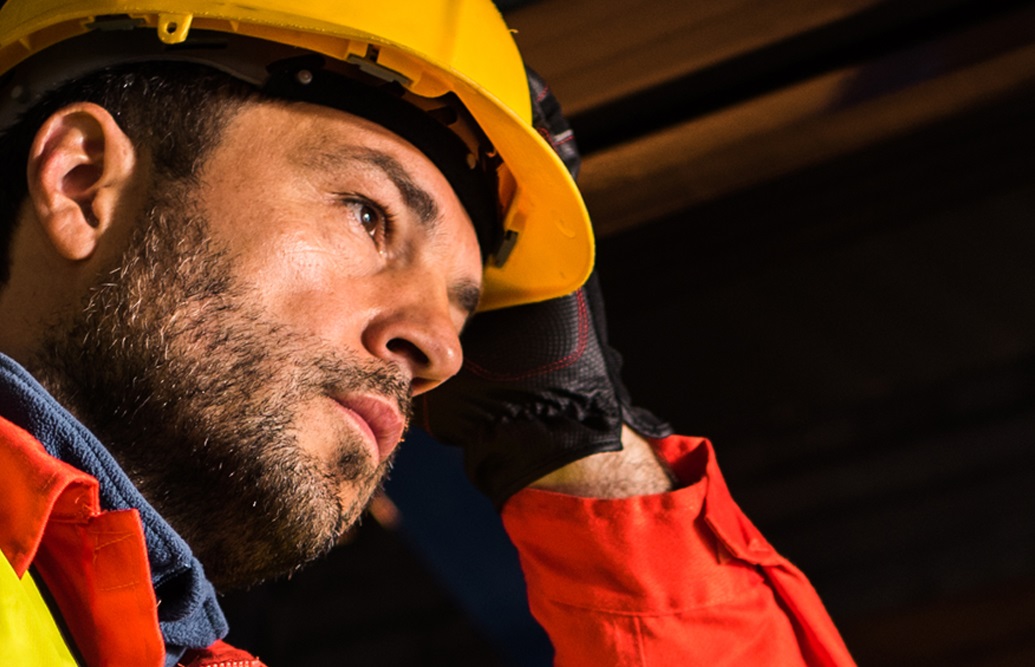 The Mates in Mind campaign has won the prestigious Mowlem Award from B&CE’s Charitable Trust and police forces have been combating modern slavery.

The Mates in Mind campaign was recognised for its contribution to improving mental health and wellbeing in the construction industry, through its training, awareness raising and educational efforts.

The Award, now in its fourth year, is granted to organisations that make a real difference to training and promotion of health and safety in the construction industry.

Mental health in construction is a significant issue, with over a third of construction workers having experienced a condition in the past year and almost a quarter of workers considering leaving the industry due to mental health-related issues (source: Randstad).

Mates in Mind is a charity set up for and by the construction industry, with the support of the British Safety Council, to help organisations improve mental health and wellbeing of their workforce. Since rolling out its programme in September 2017 after a pilot phase, more than 120 construction companies have become supporters of the charity, each of whom are striving to improve the mental health and wellbeing of their own workforce and across the wider industry.

Joscelyne Shaw, Executive Director for Mates in Mind, said: “The B&CE Mowlem Award serves to recognise the work of Mates in Mind, our programme’s partners, business and charitable champions, as well as their employees, in bringing about an improved understanding of mental health and wellbeing. It sends a strong message about the role workplaces can play in supporting employees’ mental health.

“Our approach focuses on building understanding, knowledge and confidence amongst all workers, throughout the business, so that they can get the help they need and identify colleagues who could benefit from further support. The funding from the Mowlem Award will help us reach apprentices who are considering entering the industry. This will help to build a legacy for the industry, given that a significant proportion of apprentices will go on to run their own businesses.”

Founded in 1942, B&CE is a non-profit membership organisation creating and providing financial products for its members, as well as developing new approaches to occupational health management in the construction industry.  B&CE Charitable Trust helps individuals who suffer financial hardship and provides grants for health and safety initiatives.

Nicola Sinclair, B&CE Charitable Trust Manager, commented: “We are very pleased to grant this year’s award to Mates in Mind, a fantastic charity with ambitious aims to raise awareness of mental ill health in the construction industry, help people access the guidance they need and end the stigma surrounding mental ill-health.”

Combating labour exploitation in the City of London

A week of anti-exploitation activity took place from 14 – 18 May with a number of construction sites visited in the City of London.

Officers from the City of London Police’s Community Policing spoke to employees about their rights and entitlements, as part of the National Crime Agency’s campaign to tackle modern slavery and human trafficking.

Over the five-day period, 28 sites were visited by police community support officers. This gave workers the chance to discuss issues with officers and learn about modern slavery and human trafficking. One of the sites visited used information provided by the National Crime Agency (NCA) during its inductions for employees, something officers encourage.

Officers also met staff at the sites to ensure they felt confident in reporting any wrongdoing or concerns to police and answered any questions they had about safeguarding.

What is modern slavery?

Modern slavery is the term used within the UK and is defined within the Modern Slavery Act 2015. It includes crimes which cover holding a person in a position of slavery, servitude or forced compulsory labour, or facilitating their travel with the intention of exploiting them afterwards.

The need for building strong connections with the construction industry was highlighted to be important after it was identified that there were cases nationwide of people being exploited by gangs and put to work on construction sites.

Detective Chief Inspector Edelle Michaels, from the City of London Police, said: “Here at the City of London Police we are working hard to understand the scale of the issue of modern slavery and human trafficking, alongside our law enforcement partners such as the National Crime Agency. We are committed to giving all employers and employees the organisational support and instruction they need to protect vulnerable people.

“We are determined to raise awareness amongst our communities of being able to spot the signs of modern slavery and human trafficking. We urge anyone who has any suspicion to get in touch with us by calling 101 (or 999 in an emergency) or to call Crimestoppers.”

The NCA ran its own programme during the same week. NCA Deputy Director Roy McComb said: “This co-ordinated week of activity aimed to disrupt and build intelligence on the criminal networks involved in labour exploitation, but also to raise awareness of the issues around modern slavery for workers coming into the UK and those already here.

“As well as the enforcement activity that has seen dozens of potential victims safeguarded, we have also aimed to speak to those at risk of falling into exploitation and help them understand the issues.

“This approach is important, because this is a crime that affects the vulnerable and often victims don’t recognise themselves as such until it is too late.”

The NCA and Gangmasters and Labour Abuse Authority (GLAA) worked with police forces from across the UK to co-ordinate or support a range of enforcement activity targeting those involved in modern slavery-related criminality. This included:

Picture: The Mates in Mind campaign has won the prestigious Mowlem Award from B&CE’s Charitable Trust.

Blue Monday (which fell on January 20th in 2020), the so called 'worst day of the year', led Sally Orton to state that businesses across the UK should stop...

Mates In Mind Extends Its Reach Into Northern Ireland

Mates in Mind has extended its reach into Northern Ireland through a partnership with a leading mental health charity - Inspire Knowledge and Leadership. The...

A Modern Slavery week of activity took place from 19 February to 25 February in the City of London as a  number of construction sites were visited and officers held...