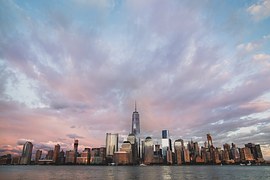 As part of the 8th annual Climate Week held in New York City, the de Blasio administration has announced early progress on several green building programs that will help the city reduce greenhouse gas emissions by 80 per cent by 2050 from 2005 levels (80x50).

Four of the city’s building retrofit programmes – which include the NYC Retrofit Accelerator, Community Retrofit NYC, the Green Housing Preservation Programme and the NYC Carbon Challenge – support tenants, superintendents, building owners and decision-makers from every demographic and nearly all building sizes to make building improvements to reduce greenhouse gas (GHG) emissions while generating cost savings and preserving affordability. Taken together, these programmes are now working with owners and decision-makers of more than 3,800 buildings representing more than 8 per cent of the built square footage across New York City. These numbers continue to grow. The programmes are said to be on track to reduce greenhouse gas emissions by nearly one and a half million metric tons by 2025 and create nearly 1,000 local jobs.

“The cumulative effect of our green buildings policies proves not only that New York City is on track to achieve our ambitious 80x50 goals,” said Mayor Bill de Blasio. “It also demonstrates that we continue to set the pace towards becoming the most sustainable big city in the world."

“With OneNYC, the city committed to building sustainable and resilient neighbourhoods by investing in energy efficiency for buildings,” said Daniel Zarrilli, Senior Director for Climate Policy and Programs and Chief Resilience Officer. “These investments in retrofit programmes not only deliver on this commitment by helping tenants and building owners reduce greenhouse gas emissions but also provide new skills training and support the creation of new jobs for New Yorkers to ensure that we are building a more resilient, and more equitable city.”

In September 2014, Mayor de Blasio released 'One City: Built to Last' as a ten-year action plan to improve the energy efficiency of New York City’s buildings. The plan lays initiatives to make New York City’s public buildings models for sustainability, create a thriving market for energy efficiency and renewable energy, develop world-class green building and energy codes and become a global hub for clean energy technology and innovation. Since the plan was released, the city has initiated or completed progress on every initiative. The Administration is now nearly halfway to achieving the interim goal to reduce building-based GHG emissions by 30 per cent from 2005 levels by 2025.

Since 2015, the city has launched the NYC Retrofit Accelerator and Community Retrofit NYC to provide free, dedicated technical guidance and financial assistance to help building owners, operators and other decision-makers complete energy and water efficiency upgrades. The NYC Retrofit Accelerator primarily serves owners, operators and other stakeholders in larger buildings across the city, while Community Retrofit NYC assists owners of small and mid-sized multifamily buildings in Central Brooklyn and Southern Queens.

These two programmes are helping more than 1,000 buildings across the city implement energy and water retrofits. These current projects alone can reduce greenhouse gas emissions by 75,000 metric tons and create 290 jobs. The pipeline for both is expected to grow rapidly over the next several years in order to reach several thousand more buildings. By 2025, they are expected to reduce citywide greenhouse gas emissions by almost 950,000 metric tons of carbon dioxide.

The NYC Carbon Challenge is a voluntary leadership program for the private and institutional sectors to partner with the city and demonstrate their commitment to energy efficiency and sustainability. Nearly 10 years after launching, 78 participants from five sectors across the city have made the Carbon Challenge commitment, pledging to voluntarily reduce their building-based emissions by 30 per cent or more over the course of ten years. These participants represent more than 2,800 buildings and seven per cent of total citywide built square footage. In total, the Carbon Challenge is expected to reduce emissions by 510,000 metric tons and create more than 650 construction-related jobs by 2025, resulting in an estimated $220 million in energy cost savings.

Picture: New York is setting a target to become the greenest for buildings in the world