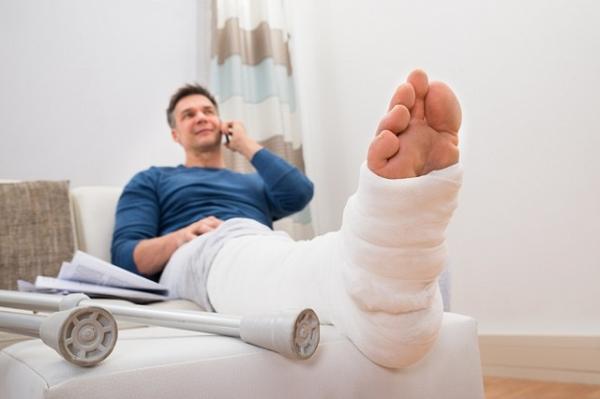 A survey of 2,000 employees, which was conducted by data capture app provider, WorkMobile, found that 61% have not received any information on their company’s health and safety policies, despite the majority of men having more hazardous jobs.

Over half (54%) of male respondents work in a hazardous role, compared to 19% of women. In fact, fourth fifths (81%) of women are likely to work in a non-hazardous role, such as office work.

Yet despite men being more likely to come across high-risk situations in their daily work, a quarter (25%) who have received safety guidance didn’t feel like the risks of their role were explained thoroughly enough. And 13% said the health and safety information hadn’t been updated since they’ve received it, so is likely to be out-of-date and even ineffective.

Although it is the duty of the employer to keep staff members safe, male workers are more likely to neglect their own welfare and break the rules that have been put in place. A quarter of men (23%) said they have failed to follow the correct safety procedures, compared to just 4% of women.

Reassuringly though, if an incident was to occur fourth fifths (83%) of men would know how to report it. But, a third (31%) of women would not know what to do if faced with a hazardous situation, which suggests that they might not be adequately trained on how to keep themselves and others around them safe.

The survey forms part of the ‘Work Safe’ report, which looks at the current state of health and safety in the UK and where improvements need to be made to protect workers.

Colin Yates, chief support officer at WorkMobile, said: “From the research, we can see that men tend to work in more dangerous roles than women – which is probably to be expected. What we’d also expect to see is that these men are properly looked after while at work, with businesses putting measures in place to keep them away from harm. But this does not seem to be the case. It’s really shocking to see that some businesses are failing to put in place even the most basic health and safety procedures to protect their workers most at risk of injury.

“Companies need to make sure they’re putting the safety and wellbeing of their staff first – it’s their legal responsibility. When staff are not trained on how to work safely, or are not given the correct information to operate compliantly, there is a greater risk of accidents happening – especially in these more hazardous industries. With working practices constantly being improved, there is no excuse for not obeying the law and fulfilling their business obligations.”

Picture: More men than women are being put at risk of an accident says a report