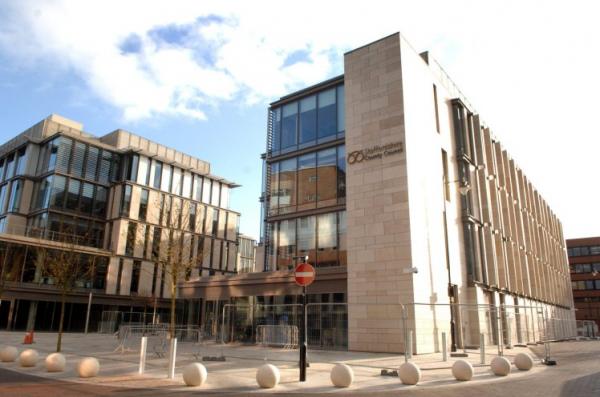 A worker for Staffordshire County Council was found to be under so much pressure from her management that she hanged herself according to a coroner’s findings.

Reporting his findings this Monday on the death of Rosemary Corden, 53, who was found hanged in November last year Coroner Andrew Haigh was damning: “I am struck by the excessive micromanagement of Rose and the county council’s insensitivity to Rose’s needs.”

Mrs Corden was found by her husband, Martin, after she took two days off sick from Staffordshire County Council, where she had worked for 19 years and a note was found on her body which stated she had been involved in a ‘brutal’ staff meeting and of the personal comments made about her. This included a sarcastic remark that when she had bought flowers at work for someone who had been upset that she should ‘stop trying to buy friends’.

The Coroner noted that Mrs Corden was made to supply daily colour-coded charts to her superiors, showing what she and her team were doing every day as well as doing her usual duties. The build up of pressure at work led to bouts of depression and her seeing her GP two months before taking her life.

One of her colleagues described to the hearing what life was like for Mrs Corden at work. Giving evidence, former colleague. “Rose had loved her job but they kept increasing her responsibilities and not reflecting that in her pay,” observed Claire Goodey.

A Staffordshire County Council spokesman appeared to accept that Mrs Corden had been under undue pressure prior to her decision to commit suicide. “We have co-operated with all requests of HM Coroner and we will now take time to carefully consider the Coroner’s verdict and observations.” There was a reluctance to specify what steps would be taken “It would be inappropriate to make any further comment at this time,” he stated.

Picture: The offices of Staffordshire County Council where  Rosemary Corden worked for 19 years but where management had so pressured her she hanged herself in November 2015