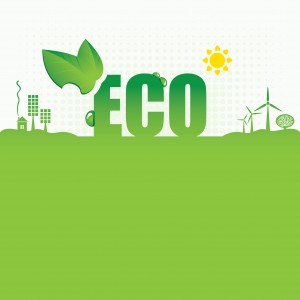 The figures showed that almost 1,500 Green Deal plans were registered in October, bringing the total number of plans in progress to 7,207 at the end of last month (up from 5,736 at the end of September).

Nevertheless, it conceded that the number of installations under the Energy Company Obligation (ECO) continue to be at ‘low levels’, with only 23,325 installations in September, compared to a high of almost 100,000 in March – when the energy companies were helped to deliver carbon savings with uplifts in carbon scores. (Energy companies that delivered more than 35% of their carbon target (under the CERO sub obligation) up to March 2014, received an uplift of 1.75 on the carbon savings of the measures they had delivered.

“With a record number of new Green Deals last month, we’re starting to see a break in the clouds for the government’s flagship energy efficiency scheme,” observed Richard Twinn, Policy and Public Affairs Officer, UK-GBC. “But it’s not all blue skies just yet because the recent rise in plans isn’t even close to making up for the drop in energy saving measures being installed under its sister scheme ECO. We need to see continued demand in energy efficiency into next year if the Green Deal is to truly weather the storm.”

Picture: The Energy Company Obligation take ups continue to be at ‘low levels’

BSRIA has expressed its concern over the new Secretary of State for Energy & Climate Change’s debut speech. Along with a number of organisations and trade...

Earth Hour which began originally in Sydney, Australia in 2007, is meant to be a symbolic and spectacular display for everyone to show they care about climate change but...