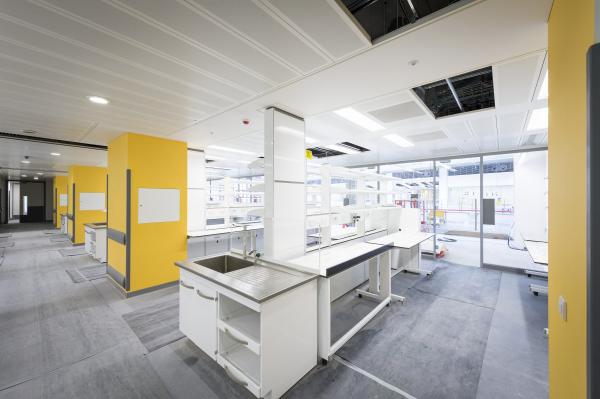 Premier Workplace Services has been awarded the contract to move the Francis Crick Institute’s research operations from buildings owned by Cancer Research UK and the UK Medical Research Council to the new £650 million laboratory in King’s Cross, London.

Named after one of the scientists who unravelled the structure of DNA, the modern facility will house over 1,200 leading scientists from a range of disciplines, working together under one roof to tackle global health problems, including cancer, HIV/Aids and heart disease.

The contract won by Premier was awarded by Cancer Research UK, working with the MRC and the Francis Crick Institute to find a service provider that understood the specific requirements involved and took a ‘partnership approach’.

Premier Workplace Services has worked with Cancer Research UK over a number of years with projects, including the relocation of the organisation’s head office to the Angel Building in Islington in 2010.

It won the competitive tender process to transport equipment from central London, Mill Hill and South Mimms which includes ‘migrating’ approximately 14,000 items of sensitive scientific equipment, 1,300 PCs, 5,000 crates of filing, 7,000 cartons of glassware and specialist moves of chemicals and biological materials. Premier’s Project Management Team has already commenced the planning element of the project in consultation with the Crick’s project team and the representatives from existing locations.

David Lyon, Head of Procurement, Cancer Research UK, said:. “The Crick is a major investment for Cancer Research UK and the importance of safely moving the research to a new, world leading facility could not be entrusted to anyone but the best that the industry has to offer.”

Picture:   The Francis Crick Institute’s is a new £650 million laboratory in King’s Cross, London with the move of thousands of sensitive items handled by Premier Workplace Services.