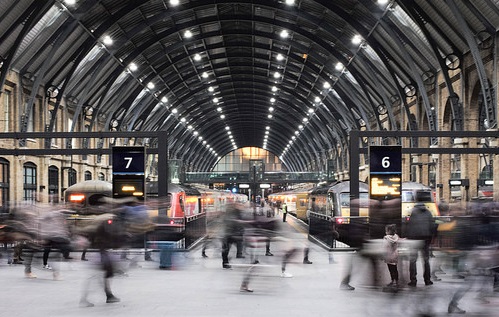 New analysis by Which? reveals that there has been virtually no progress on fixing dire satisfaction scores for the handling of rail delays and management of complaints in the last decade.

Analysis of official Transport Focus data over a 10-year period exposes how passenger satisfaction is stuck at embarrassingly low levels in key areas of the rail service. Satisfaction with how delays are dealt with and complaints are managed have remained almost flat, with scores currently standing at just 35% and 46% respectively. A decade ago the figures stood at 32% and 42%.

The data also reveals that in the last decade satisfaction with value for money has stayed stubbornly low, up by only 7 percentage points to a current total of just 47%. In the last 10 years, rail fares have increased by 44%, which is an increase of 9% above inflation.

The percentage of passengers satisfied with the punctuality and reliability of their train service has dropped to 72%, falling five percentage points to its lowest level in a decade. Passengers who use the train to commute reported even lower satisfaction levels at just 63%.

The data comes as Which? publishes ‘My Train Hell’,  a dossier of thousands of passengers’ stories that paint a picture of the problems millions of people face on the railways every day.

Almost half of the complaints Which? received focused on the punctuality, reliability and delays to passengers’ services, and a quarter were unhappy about problems with constant overcrowding.

“I took a job in London. I’m concerned that I may not get through my probation due to an inability to keep a regular schedule because of cancellations and delays,” - James.

“I’m a single mum working full time and I am having to fret about lost pay and not being able to get back to collect my son from after-school club in time,” -  Mia.

“Regularly people are fainting due my train being too packed, and it is very claustrophobic. From a health and safety point of view, they are too overcrowded,” - Angelina

“My job is hard enough anyway, but the daily struggle into work and then home - on average, three hours these days - is really taking a toll on my health and well-being and I’m sure on that of my fellow commuters too,” - Stephen

Which? is calling for the establishment of a mandatory, statutory Transport Ombudsman that all train companies and airlines must join to help manage passenger complaints with their services. The powers and duties of the Office of Rail and Road must also be strengthened, so that it more clearly puts the rights of passengers first.

Alex Hayman Which? MD of Public Markets, said: “Our analysis highlights that the rail industry has been failing its passengers, particularly in the way they handle delays and manage complaints. This just isn’t good enough for the millions of people who are reliant on rail services on a daily basis.

“The Government’s election manifesto made strong promises to help rail passengers, who deserve much better when rail services fail to deliver. That is why we need to see the powers and duties of the regulator strengthened, with the Government swiftly pressing forward on its plans to introduce a rail ombudsman."