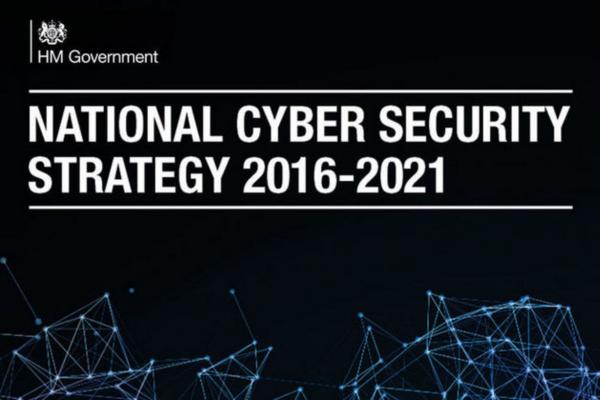 The UK will be one of the safest places in the world to do business, with a world-class cyber security industry and workforce thanks to a new plan underpinned by £1.9 billion of investment.

The Chancellor, Philip Hammond formally launched the government’s new National Cyber Security Strategy at the beginning of November 2016, which will set out action to protect the UK economy and the privacy of British citizens, while encouraging industry to up its game to prevent damaging cyber-attacks.

Almost doubling the funding commitments of the first strategy which ran from 2011, the new plan outlines:

Cyber security is recognised as one of the greatest threats to business around the world, with the global cost of crimes in cyberspace estimated at $445 billion, according to the World Economic Forum’s 2016 Global Risks Report.

Outlining how cyber security underpins our daily lives such as through domestic devices in our homes and cars, air traffic control and power grids, the Chancellor reinforced how the threat of attacks invade our privacy and threaten our national security and set out how the government plans to deal with it. Hammond explained how increasingly vulnerable society is to cyber-attacks thanks to the expanding range of connected devices which are creating more opportunities for exploitation; more demand for training and skills; old legacy IT systems used by many organisations in the UK and the readily available suite of user-friendly hacking tools which means everyone from the living room to the boardroom is exposed to malicious hackers.

The Chancellor also emphasised the responsibility that CEO’s have to make sure their organisations are secure against cyber-attacks and the additional support government will give industry and wider society through the new National Cyber Security Centre.

The strategy sets out how government will strengthen its own defences as well as making sure industry takes the right steps to protect Critical National Infrastructure in sectors such as energy and transport. The Chancellor pointed to the recent successes of government. Previously a website serving web-inject malware would stay active for over a month - now it is less than two days. UK based phishing sites would remain active for a day - now it is less than an hour. And phishing sites impersonating government’s own departments would have stayed active for two days - now it is less than 5 hours. The Chancellor also pointed to the recent success of government in reducing the ability of attackers to spoof @gov.uk emails and taxrefund@gov.uk. The Chancellor also announced a new cyber security research institute - a virtual collection of UK universities which will look to improve the security of smart phones, tablets and laptops through research that could one day make passwords obsolete.

A new cyber security Innovation Centre in Cheltenham, will launch a Cyber Innovation Fund in 2017 to develop technologies and products and create funding for training and support for cyber start-ups and academics to help them commercialise cutting edge research and attract investment from the private sector.

Picture: A National Cyber Security Strategy has been launched and is expected to blossom throughout 2017