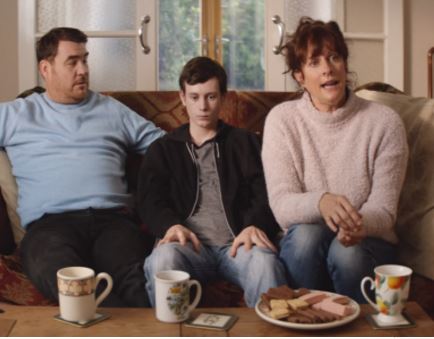 In December, the National Crime Agency (NCA) launched a campaign to discourage young people from becoming involved in cyber crime, after analysis of investigations involving the NCA’s National Cyber Crime Unit over the last year found the average age of suspects to be 17.

The #CyberChoices campaign is aimed at educating the parents of 12-15 year old boys in particular. In addition to highlighting the type of illegal online activity children can become involved in, the campaign seeks to help parents and carers to spot signs of potential problems, understand what the consequences could be and to emphasise better ways for young people to use their skills and interest in technology.

Over the last year, the average age of suspected cyber criminals featured in investigations involving the NCA has been 17 years old, compared to 24 in the previous year. Research commissioned by the NCA has indicated that the majority of young people and their parents are not aware of what constitutes a cyber crime or the consequences of engaging in it.

The campaign aims to educate parents on the common forms of cyber crime potentially undertaken by teenagers. In an operation targeting users of Lizard Stresser, a Distributed Denial of Service (DDoS) tool which can knock websites offline by flooding them with data, all of the seven people arrested were under the age of 18.

Other types of malicious software called Remote Access Trojans (RATs) can also be popular amongst younger users. They allow people to remotely monitor and take full control of another computer. During an operation targeting users of the Blackshades RAT the average age of the 22 people arrested was 18, with the youngest purchaser of Blackshades just 12 years old.

Resources are available for parents, teenagers and teachers on the NCA website. They include guidance for parents, an educational unit for teachers, video resources featuring an ex-hacker discussing the consequences of his crimes, as well as a video for parents to watch with their children to help provoke discussion of the issue.

Richard Jones, Head of the National Cyber Crime Unit’s Prevent team said: “Over the past few years the NCA has seen the people engaging in cyber crime becoming younger and younger. We know that simply criminalising young people cannot be the solution to this and so the campaign seeks to help motivate children to use their skills more positively.

“We have aimed the campaign initially at parents, because we know from research that they often are unaware of what their children are doing online. These individuals are really bright and have real potential to go on to exciting and fulfilling jobs. But by choosing the criminal path they can move from low level ‘pranking’ to higher level cyber crime quite quickly, sometimes without even considering that what they’re doing is against the law.

“We want these young people and their parents, to understand that choosing that path can result in a criminal record, can limit their choices for their future and can put restrictions on their daily lives including the loss of access to the internet.”

The campaign is being supported by partners such as GetsafeOnline, CREST and the Cyber security challenge. Dr Robert L Nowill, chairman of the Cyber Security Challenge UK, said: “Young people are becoming increasingly savvy and switched on to the world of cyber, something that is critical to the future defence of our country. The issue is keeping them on the right side of the law as many become attracted to the environment and the kudos they earn from getting involved in criminal activities.

“We need parents to encourage their children to get involved with schemes, such as the Cyber Security Challenge UK, and channel these skills in a positive way; opening the door for a lucrative career doing what they love, for the good of the country.”

Picture: More and more teenagers and young people are getting involved in cyber crime. Many do it for fun without realising the consequences of their actions