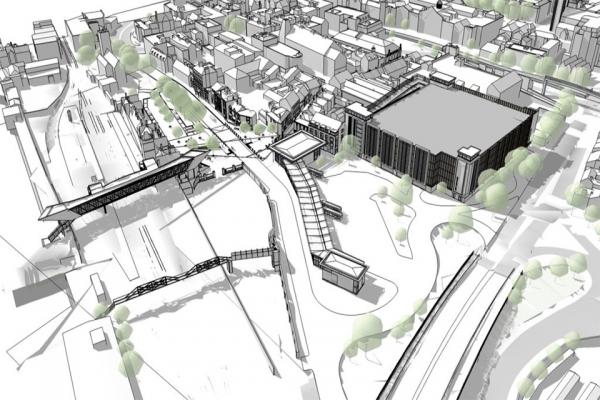 A new bus station and 1,000 space car park will be built in Lincoln. It is hoped that the £29 million scheme will help improve city centre journeys for people living, working or visiting the town and deliver a boost to the economy.

Delivering transport upgrades that help people get around and get on is a key part of the government’s plan for transport. The scheme is expected to create up to 200 jobs in the city and deliver an economic boost worth £9 million a year. The investment is being made after the Transport Secretary approved plans for a new eastern bypass earlier this year. The council is now working to secure funding and make the plans a reality. There will also be improvements to Lincoln Central railway station and a pedestrianised plaza connecting the bus and rail stations.

Transport Minister Andrew Jones said: "A new bus station, car park and upgraded railway station will be a huge benefit to people who live and work in Lincoln, and those who visit the city. Better transport facilities don’t just help people get around, they help them get on – connecting them to jobs, opportunities and helping deliver economic growth.

"The current bus station is not good enough for 21st century Lincoln – and the lack of a major city centre car park is holding back local businesses. The Department for Transport is providing £11 million towards the project, with the City of Lincoln Council providing £16 million and the Greater Lincolnshire Local Enterprise Partnership contributing £2 million."

Picture: The council is expected to start building work within weeks on the Lincoln transport hub