New Way in Norway - Ending the Grip of the Dead Zone 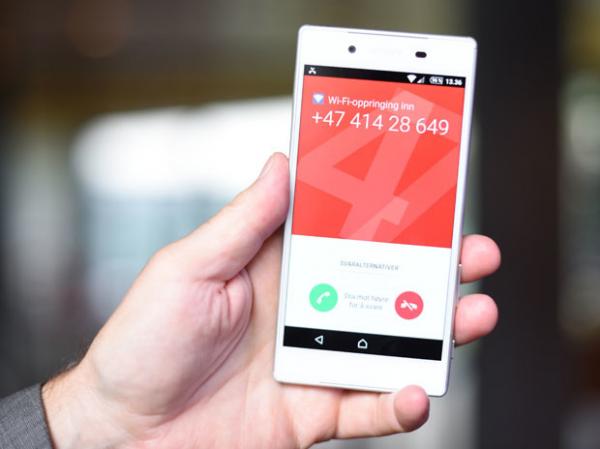 Poor indoor mobile phone coverage in Norwegian buildings has been addressed as Telenor has begun the roll out of WiFi Voice, which makes it possible to use your mobile to make calls via wireless networks.

The Norwegian University of Science and Technology is the first company to have tried out the new technology.

Mobile coverage has never been better in Norway says Telenor (which is not surprising for such a dominant provider but if it's anything like the UK, that still means it's shoddy when you actually want to make a phone call)  but the nation’s buildings have also never been better insulated. This is something that many people with offices in modern buildings have experienced all too painfully. Many buildings are insulated and constructed in such a way that mobile signal cannot penetrate through to the indoor areas.

"I’ve been on countless client visits and inspections to investigate poor indoor coverage, and in many meetings with the construction industry to find solutions in terms of material use and building technique. Up until now, measures to provide better indoor coverage have been not only demanding, but also very expensive. Finally, we’ve tried out WiFi Voice, and I’m delighted to say that anyone struggling with poor indoor coverage will be thrilled," says Bjørn Amundsen, Director of Coverage at Telenor.

The Norwegian University of Science and Technology (NTNU) is one of the pilot customers who have been testing WiFi Voice. Previously, both students and staff were struggling to communicate with the surrounding world from multiple dead zones in the university.

"Our personnel and students have been complaining about indoor coverage for years. Local improvements have taken a long time with the technology currently available. When we got to try out the mobile calling over WiFi, it provided clear calls from the word go," says Terje Buseth, a Department Manager at NTNU.

"WiFi Voice is a solution that makes it possible for your mobile to interchange seamlessly between the 4G network and the WiFi network. This takes place without any interruption to calls or you having to do anything when you move from outdoors into a building with poor indoor coverage."

Buseth continued: "We used to have to go to an area with good enough coverage and stand there until the call was over but now we can come and go without thinking about our mobile coverage. I think many people who struggle with indoor coverage will save time and frustration once WiFi Voice becomes available to all."

10 per cent of all complaints

WiFi Voice will initially be available on the Sony Z5, and the technology that makes it possible to switch between WiFi and the 4G mobile network will be available on brands and models during the course of the year.

"For Norwegian businesses that are focussed on both the financial and environmental elements of their build through the use of good insulation but who are naturally dependent on communication, WiFi Voice has been long sought after," said Ove Fredheim, CMO Business at Telenor.

Picture: Jeg er på telefonen - or I'M ON THE PHONE!

One-in-five UK workers now have their work instant messaging app on their personal mobile phone, according to new research from by B2B furniture  e-commerce...