No Barriers for H&S 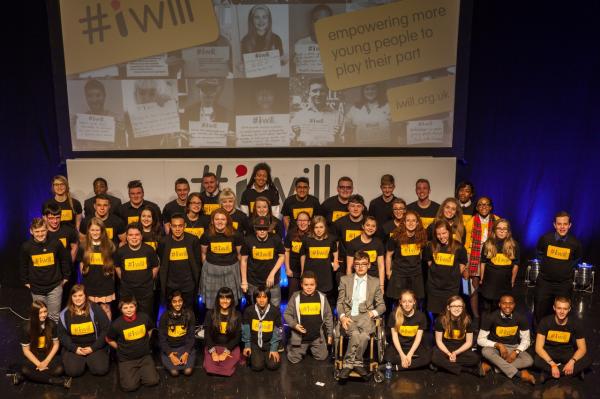 The British Safety Council is supporting the #iwill campaign, a UK wide initiative aiming to make social action part of life for more 10 to 20 year-olds by the year 2020.

It is led by its Patron, Prince Charles with backing from the main political parties. The campaign is working across the voluntary, public, education and business communities to achieve the ambitious goal of enabling an additional 1.5 million young people to be active in their communities.

Defined as ‘practical action in the service of others to create positive change’, social action includes activities such as campaigning, fundraising and volunteering. Research shows that the main barriers to participation are people’s lack of time and opportunities to get involved. A further barrier identified by Step Up To Serve, the charity behind the #iwill campaign, are people’s fears that efforts to control health and safety risks are complex, time-confusing and if it goes wrong, punitive for those involved.

Neal Stone, Acting CEO, BSC, has seen the campaign as putting the record straight over h&s. “With myths circulating in the press and sometimes propagated by politicians, about health and safety red tape and risk-averse authorities, it is no wonder that this perception exists.”

He went on to explain that voluntary organisations do a “great job in providing opportunities for young people to learn new skills and mature through experience and they take the wellbeing of those volunteers very seriously. They have sensible, proportionate risk management systems and attitudes and the British Safety Council is delighted to play our part in helping them do this work.

“That is why I’m happy for the British Safety Council to develop a set of resources that give comfort and assurance to organisations working with young people – particularly small, grassroots organisations - that health and safety is not something to fear and that a sensible management of risks is enabling and not inhibiting. We will play our part to correct any public misperception of health and safety in the coming months, working with Step Up To Serve and our members to get this message across.”

BSC has pledged to support the #iwill campaign in the following way:

“We will support organisations to address concerns about health and safety they believe stops them engaging young people in social action, using our experience to promote a message that sensible risk management is simple, is not a barrier and actually enables volunteering,” concluded Mr Stone.