No Need for Death by a Thousand Cuts 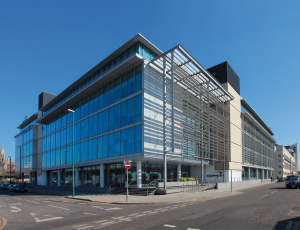 Allowing for flexible working could save the British Economy £11.5 billon per year and technology could help boost greater productivity, states software specialist, Condeco.

Instead of focusing on ministerial cuts announced in the summer Budget, there were ‘innovative’ ways to keep improving, workplace technology.

On some measures, Britain is now around 20% less productive per worker than the G7 average and 40% below the USA. New Research by Ernst & Young discovered that the UK economy could save £11.5 billion if everyone who wanted to work flexibly could do.

Office workers, on average, are wasting 47 minutes each day where they could be productive because organisations are continuing to use rigid desks and that is making it much harder for people to work together. According to research, workers waste 14 minutes per day waiting for feedback from colleagues, seven minutes co-ordinating meetings, eight minutes walking to meetings, seven minutes waiting for latecomers, six minutes looking for people and five minutes waiting to get meetings started.

“Public sector decision makers will, of course, be looking at ways of saving money but the leading organisations are looking beyond the cuts and are concentrating on building a truly smart office as they look to boost staff productivity and the efficiency of the workplace,” explained Paul Statham, CEO, Condeco Software.

“For example, Nottingham City Council implemented our software and found that it saved millions of pounds and increased workspace efficiency and sustainability. The technology also helped it develop a better working attitude based on teamwork and created higher productivity.

Condeco Software worked with the city council to help it consolidate six separate buildings into one workspace, helping it save a stated £3.9 million as it moved to a new city centre office.

The software discovered that when staff were working across the six locations only half of the workstations were occupied at any one time and formal meeting rooms remained empty for 40% of the day. It was also revealed that the number of workstations could be reduced without any adverse impact on the business. On that basis, it would be feasible to reduce the desk to occupant ratio from 100% to 70%, i.e. seven desks for every 10 people.

Condeco believes all relevant evidence should consign the rigid desk as a thing of the past, leading to cost conscious organisations implementing changes. The alternative would be the continuation of wasting inordinate amounts of valuable time each day. Businesses that implemented a flexible working structure  and encouraged collaboration would find that productivity was boosted.

“People’s best ideas come when they are working together or bouncing thoughts of one another. So, creating a space which allows this to happen, without interruptions, will mean a better quality of work, a more efficient and less frustrated  workforce,” concluded Mr Statham.

Picture: The new offices that house Nottingham City Council has had its space maximised by using Condeco software that, among other things, gets away from the rigid desk approach