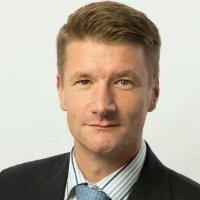 The Building Engineering Services Association (BESA) has made available the technical bulletin – Fire and Smoke Damper Maintenance TB001 – in response to growing alarm about the apparent failure of many building owners to test and maintain their smoke and fire dampers.

Fire safety officers and building engineers are becoming increasingly concerned over the fire risk posed by the thousands of dampers that are never checked, due either to lack of awareness or access problems.

Last summer, Channel 4 News revealed that hundreds of dampers in a ‘flagship’ PFI hospital in Birmingham had never been tested.

When attempts were made to address the situation, fewer than 50% passed the test; several were found to be damaged and almost 200 in one section of the hospital alone could not be found or reached. Fire services believe that this is simply the tip of the iceberg, and that thousands of buildings are at risk.

The BESA technical bulletin points maintenance teams towards the requirements of the relevant British Standard and outlines the tasks that must be completed.

It references the guidelines introduced by the Department of Health which state that fire dampers must be tested and maintained annually and the testing and reporting procedures set out in the Association's Standard Maintenance Specification for Building Services (SFG20). It also reminds companies to undertake appropriate training of all relevant personnel

The Regulatory Reform (Fire Safety) Order which came into force in 2006, stipulates that a ‘responsible person’ must ensure that all components of the fire safety system are kept in ‘efficient working order’, must carry out a fire safety risk assessment and put a planned maintenance regime in place.

Failure to meet the requirements of the order can lead to fines of up to £10,000 and two years in prison for the designated responsible person. Prohibition notices can close a business down if the local fire officer is not satisfied that the right measures, including the regular testing and maintenance of all system parts, are in place.

BS 9999 – the code of practice for fire safety in the design, management and use of buildings – covers routine inspection and maintenance of ventilation and air conditioning ductwork. It stipulates that all fire dampers be tested by a ‘competent person’ at regular intervals ‘not exceeding two years’ and should be replaced immediately if any fault is found.

Spring-operated dampers should be tested every year, according to the standard and even more frequently if they are installed in areas of heavy dust contamination. Unfortunately, pressure on maintenance budgets means that regular damper testing is often overlooked.

“This is a huge life safety issue that is largely hidden from the public,” observed Tim Rook, Technical Director, BESA. “It often arises not through ignorance or laziness but because building managers and their maintenance contractors don't know what to do, or can't locate or access the equipment.” The typical remedial works, e.g. fitting access panels and ductwork modifications, are, according to Mr Rook, “second nature” to specialist contractors using well trained ductwork cleaners.

Additionally, the information contained in the newly published technical bulletin is a natural addition to the content of the Guide to Good Practice: Internal Cleanliness of Ventilation Systems (TR19) which is also produced by the BESA.

A survey carried out recently by FireUK highlighted a ‘staggering lack of awareness’ among the owners of small businesses about their responsibility to...