No Waste in These Awards 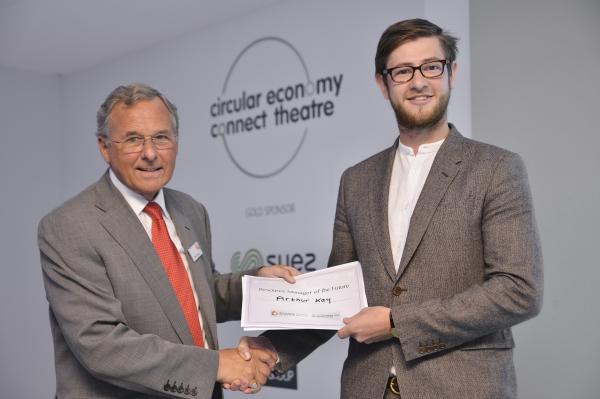 RWM 2015, the international event for resource and waste management innovation announced the winner in its search to find the industry’s Rising Stars of resource management during the show.

The overall winner of the first ever Rising Stars competition was bio-bean Ltd CEO, Arthur Kay.

Launched in 2013, bio-bean Ltd is an award winning green energy company that has industrialised the process of recycling waste coffee grounds into advanced biofuels, biomass pellets for heating buildings and biodiesel for powering transport systems.

The runners-up of the Rising Stars Competition were Peter Goodwin of Simply Cups and Kristina Jackson of ISS Facility Services.

“All of the finalists achieved great results, including Kristina gaining very high recycling rates at Heathrow Airport and Peter Goodwin busting the myths on actually recycling paper cups. Arthur’s achievements in building bio-bean are remarkable. He deserves to be the 2015 winner.”

Picture: Here’s to the winner. From left to right: Barry Dennis, Chair, RWM, presenting the RWM with CIWM certificate for the Rising Star of Resource Management to Arthur Kay, Co-Founder and CEO of bio-bean