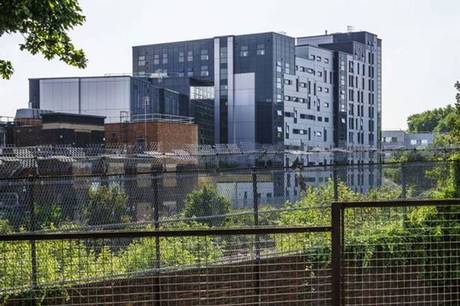 The university and college terms that have started will be ones of the usual excitement for the freshers and their parents but a report published at the end of last week (27 September) has also noted an unwelcome presence – asbestos in bedrooms housing 17,000 students.

The findings by The Guardian are restricted to universities in the UK, so the figure could be much higher when extended to other places of learning where there is residential accommodation. When ThisWeekinFM contacted the National Union of Students (NUS), the concern was clear. “It is concerning to hear that such a large number of rooms in student accommodation may contain asbestos,” said Colum McGuire, Vice President (Welfare), NUS. “We continue to work with accreditation schemes for this type of accommodation to improve standards and ensure compliance with the law, including that relating to the removal of asbestos and any other health and safety hazards. We urge institutions to take this seriously and put the safety of students first.”

A total of 88 universities responded to the request for information with 38 stating that rooms are provided that contain asbestos. The University of Warwick had the most with 2,313 bedrooms but did not inform students that the spaces had the substance.

Asbestos is generally considered to be safe when not disturbed and in the case of Warwick, the authorities state that it considers the students’ duty to report any damage. "The material containing asbestos in these rooms is fully sealed and completely safe, fully in line with all statutory requirements and good practice. We have a range of systems in place to ensure any damage in student accommodation is dealt with promptly, including a very active residential warden and tutor scheme."

This has not satisfied the Association of Teachers and Lecturers that has expressed concern with the findings. In a statement, it has called for a national audit to ‘check for the presence and state of asbestos in all education establishments and for its safe removal. This discovery shows how necessary and urgent this is. We call on the government to take immediate action to ensure these bedrooms are checked, made safe and have the asbestos removed.’

The problem of removal comes down to the extensive use of asbestos as a fire retardant and insulation material. The Department for Education recently estimated that more than 75% of schools have asbestos present. It follows the advice of the Health & Safety Executive (HSE) that as long as establishments have ‘effective arrangements’ in place to manage the risks, there should be no risk to those using the facilities and that it can remain in place, unless disturbed.

Approximately 4,500 people die every year in the UK linked to having been exposed to asbestos.

Pictured are the University College London Student Halls which has not been implicated in the asbestos report but has been identified as Worst Building of the Year by Building Design magazine. One judge of what is nicknamed the Carbuncle Cup, said: “It disgraces and disfigures the (Islington, London) neighbourhood.”