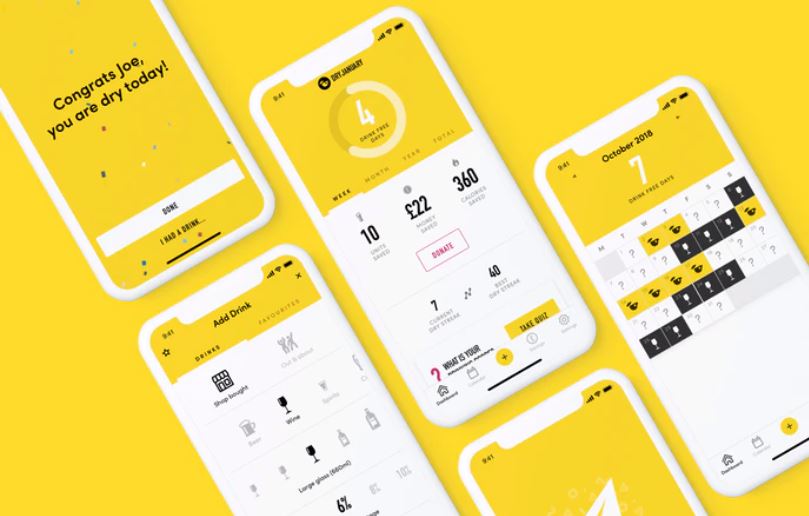 Four in five adults drink more than they want to at times, according to a new YouGov poll, as one in ten drinkers plan to take on Dry January 2020.

The poll was commissioned by Alcohol Change UK, the charity behind Dry January.

Over one in five (23%) British adults feel pressured to drink more alcohol than they want to by people they know - mostly by friends (15%) and colleagues (6%). While fewer older people experience this ‘peer pressure’ it never disappears completely, with over one in ten (12%) of those aged 55 and over saying they experience pressure to drink from people including their friends, colleagues and family.

One in ten drinkers in the UK (10%) plan to take on Dry January in 2020, seeking to throw off the pressure and reset their relationship with alcohol.

Dr Richard Piper, CEO of Alcohol Change UK, said: “There’s a perception that we leave peer pressure behind at school, but when it comes to alcohol, this clearly isn’t the case. Many of us will have had the experience of being encouraged to drink more than we really want to – and pushing others to do the same, particularly at times such as Christmas and the New Year. Even when it’s not as explicit as pushing, little things like drinking in rounds can pile on the pressure to drink more.

“This research shows that lots of us are drinking in ways that we don’t feel comfortable with, yet it can be tricky to know how to make a change. Signing up for Dry January is a brilliant place to start. Being alcohol-free for 31 days shows us we don’t need alcohol to have fun, to relax, to socialise.

"Dry January offers a ready-made response to anyone who tries to pressure us to drink. Strong evidence tells us that signing up for Dry January helps people – even heavy drinkers – to drink more healthily all year round.”

Alcohol Change UK is encouraging people to sign up for Dry January via the free App, Try Dry, to reset their relationship with alcohol and improve their health.

Signing up is free and can still be done even though January has already started. It gives access to great support, tips and tricks, and more. The App allows people to track their units, calories and money saved by not drinking. People who sign-up are twice as likely to be successful compared to those who try to do it alone.

The campaign helps people to drink more healthily year-round, according to independent research conducted by the University of Sussex.

Sue, aged 59 from Stratford-upon-Avon, realised she was drinking more than she wanted to and was putting her health at risk but her friends reassured her that she was fine. She took part in Dry January in 2018, and said: “I was drinking every evening and it crept up to three quarters to a full bottle of red wine a night.  I would get anxious if I didn’t have a bottle ready for when I got home. On the odd occasion when I tentatively suggested that I thought I drank a bit too much, friends would say, ‘No, you’re fine’. I wasn’t feeling great and suffering from anxiety, not sleeping well, and with various mystery aches and pains (especially in the mornings) which I put down to my age. I decided to do Dry January. It was hard but I used the Dry January App which I really liked. I got through January and decided to limit my drinking to Friday and Saturday only and a maximum of a mini bottle of wine on each of those days.

“I now feel comfortable not drinking alcohol. I have more time, am more productive, feel healthier mentally and physically and sleep better too. I enjoy the freedom of being able go out somewhere and simply enjoy the event. Often friends say they are jealous that I have been able to do it and they think they should cut down or stop as well. I’m still not thinking too far ahead but I really don’t want to drink alcohol again – my life is so much richer without it.”

Please feel free to circulate any or all of this article above and below to colleagues.

Why Do Dry January?

If you’re reading this, you’re thinking about your drinking. Lots of us feel like we’re drinking a bit too much or too often or just like we could do with some time off.

A month off is the perfect way to reset your relationship with alcohol. It only takes three weeks to break a habit, so this could be your route to happier, healthier drinking long-term.

A month alcohol-free has a lot of benefits: research published in 2018, conducted by the Royal Free Hospital and published in the British Medical Journal, found that a month off lowers blood pressure, reduces diabetes risk, lowers cholesterol and reduces levels of cancer-related proteins in the blood.

Being alcohol-free for 31 days (or for just 21 days) shows us that we don’t need alcohol to have fun, to relax, to socialise. That means that for the rest of the year we are better able to make decisions about our drinking and to avoid slipping into drinking more than we really want to. Put simply, Dry January can change lives.

A month off any time

You're ready to get some amazing benefits from a month off and reset your relationship with alcohol and you can't wait for next January. The good news is - you don't have to. You can take a month off booze any time - but it's worth having some support to do so.

Download the Try Dry App to track your month off including your units, calories and money saved, and give you some motivation every day.

Check out the Dry January blog for lots of tips and tricks for a dry month. Here's a post on getting started.

What about when the month is done?

Giving your body a break from booze for a month is great, but you’ll get lots more benefits if you cut down long term.

Alcohol is linked with more than 60 health conditions, including liver disease, high blood pressure, depression and seven types of cancer. In fact, alcohol is the biggest risk factor for death, ill-health and disability for people aged 15-49 in the UK. Cutting back on alcohol reduces your risk of developing these conditions.

The UK’s top doctors (they’re called the Chief Medical Officers) recommend drinking no more than 14 units per week, spread over three or more days, and with at least two days off.

The good news is that Dry January is the perfect training ground for helping you cut down from February onwards! Cutting down permanently is, for many people, very hard, because habits are hard to break. Dry January is an excellent way of learning what your habits are and how to break them, enabling you to cut down longer-term. You can think of it as a bootcamp for drinking self-control!

Watch this video to see why Dry January is the ultimate way to start the year.

SafetyCulture is the operational heartbeat of working teams around the world. Its mobile-first operations platform, including iAuditor and EdApp, leverages the...

Martin O'Neill from Klipboard summarises the biggest challenges faced by field service workers in 2021. Many field service businesses are turning to technology to...

Explore the guidance on how employers should react if their staff members get "pinged" and asked to self-isolate by the NHS Test and Trace app. The...

Lone workers without direct supervision or anyone to help them if things go wrong will always be at greater risk of accident, and can benefit from mobile app solutions to...

In what's becoming known as a "pingdemic", organisations are facing mass staff shortages because employees have been advised to self-isolate through...

FSI, leader for FM smart tech innovation including CAFM / IWMS software, has launched their own B2B and B2C app for workplace and residential customer engagement,...