Only Here for the Kier 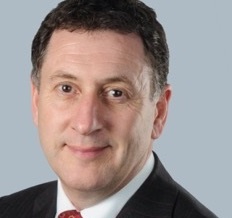 Steve Davies, a well known 'operator' in the FM provider market, has just been appointed by the Kier Group as MD of its facilities management business, Kier Services.

Davies joins from Compass where he held the position of managing director of support services. He said: My headline objective for the facilities management business is to deliver growth." Kier Services has contracts with some major public and private sector clients and Davies will no doubt be looking to grow contracts and build the client base in FM under the strong brand that Kier represents.

Compass - with its strong brand (admittedly synonymous with catering but those in the know were aware of its  FM scope) - chose to establish an FM offering (separate from its range of single service offerings) under the peculiar moniker 14forty. It has not blossomed.

Davies (a fellow of the Institute of Directors and Royal Institute of Chartered Surveyors) is currently Chairman of the Building Futures Group.  In an FM related career spanning 20 years, he has worked with Serco, Reliance Facilities Management, BT’s joint venture company Monteray, as well as holding senior posts in local government.

Kier Services delivers everything from utility services to highways and street lighting maintenance, planned and reactive housing maintenance, facilities management and environmental services. It works closely with the Group’s construction teams where possible to present a cradle to grave build and maintain offering.