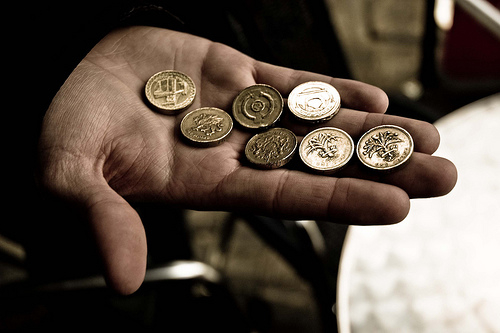 The National Minimum Wage rises by 20 pence an hour this week and causes the usual dispute about whether it is too little or too much.

Affecting more than 1.4 million workers, the adult rate rises by 3% to £6.70 from October while apprentices will see an increase by 57 pence to £3.30 an hour.

The usual sides have been even more focused in either their defence of the level of increases or opposed to what is seen as a paltry rise, due to the approaching General Election in May.

“At the heart of our long-term economic plan for Britain is a simple idea – that those who put in, should get out, hard work is really rewarded and that the benefits of recovery are truly national,” declared Prime Minister David Cameron. “That’s what today’s announcement is all about – saying to hardworking taxpayers, this is a government that is on your side. It will mean more financial security for Britain’s families; and a better future for our country.”

The rise for apprentices by 20% surprised some and led to criticism from the right of centre think tank, Institute of Economic Affairs (IEA). It said the Low Pay Commission was straying away from its remit and being used as a vehicle to reduce inequality.

"The minimum wage was introduced to eliminate perceived exploitative pay at the bottom end of the jobs market, taking into account the prospect that minimum wages set too high would lead to fewer job opportunities," complained Mark Littlewood, Director-General, IEA. "Today's announcement flies in the face of that principle."

However, the Labour Party has committed itself to an adult rate of £8 per hour   spread over the course of the next Parliament if it wins the General Election. Trades union leaders were also less than enthusiastic about the new rates.

“With one in five workers getting less than a living wage, this is nowhere near enough to end in-work poverty,” complained Frances O’Grady, General Secretary, TUC. “Britain’s minimum wage workers should be very fearful of the billions of pounds of cuts to government help for the low paid that the Chancellor is planning if re-elected.”

Picture; The National Minimum Wage rate increases have been announced with the government pleased by the rises while opponents declare they are not high enough.