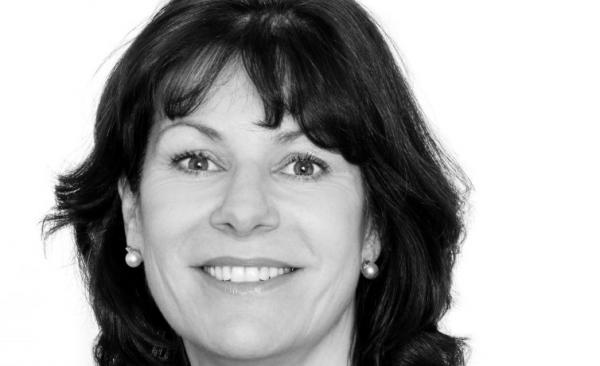 We've got the written ministerial statement by Minister for Climate Change and Industry, Claire Perry on the Clean Growth Strategy - along with voices of support and a voice of discord.

'The government has published the Clean Growth Strategy - an ambitious strategy to cut emissions while keeping costs down for consumers, creating good jobs and growing the economy. This is an important component of our modern Industrial Strategy. We are also laying our responses to the Committee on Climate Change’s 2017 Progress Report to Parliament and publishing a suite of related documents.

'We start from a position of strength. We have already made significant progress towards our legally binding 2050 target to reduce emissions by at least 80 per cent against 1990 levels. We exceeded the target emissions reductions of our first carbon budget (2008 to 2012) by one per cent of the budget level and we project that we will outperform against our second and third budgets covering the years 2013 to 2022 by almost five per cent and four per cent respectively.

'The UK is a world leader in cutting emissions while growing the economy. Provisional statistics indicate that UK emissions in 2016 were 42 per cent lower than in 1990 and 6 per cent below those in 2015. At the same time, the UK’s GDP has increased by 67 per cent since 1990 showing that a strong, growing economy can go hand in hand with reduced emissions. On a per person basis, this means that we have reduced emissions faster than any other G7 nation and led the G7 group in growth in national income over the period.

'The global transition to a low carbon economy offers huge growth opportunities which the UK is well placed to take advantage of as a core element of our Industrial Strategy. Our low carbon sector already employs over 230,000 people directly and another 200,000 through supply chains. Analysis for the Committee on Climate Change estimated that the low carbon economy has the potential to grow 11 per cent per year between 2015 and 2030 - four times faster than the rest of the economy.

'While we have performed strongly to date, the task ahead is significant. The Clean Growth Strategy sets out policies and proposals across the whole of the economy and the country including business, housing, transport, power, the natural environment and the public sector.

Low carbon innovation is at the heart of our approach, with over £2.5 billion of government investment from 2015 to 2021. This forms part of the largest increase in public spending on UK science, research and innovation in almost 40 years.

'The Clean Growth Strategy is an important milestone in the UK’s work to cut emissions and grow the economy. But it is not the end of the process. Clean technology is developing at a rapid pace and costs are falling faster than many predicted - for example, the cost of offshore wind has halved in two years. We look forward to working with colleagues across both Houses and the Devolved Administrations, and with people and organisations across the country, to ensure the UK can continue to lead the world in clean growth.'

"Clean growth is good growth and the UK has a great opportunity to lead. Siemens welcomes the launch of the government’s Clean Growth Strategy which sets a clear direction for business and puts decarbonisation at the heart of the industrial strategy.

"The government recently announced the establishment of a taskforce of senior financial experts to accelerate growth of green finance in the UK’s low carbon economy. It has been given 6 months to deliver ambitious proposals to accelerate investment in the transition to a low carbon economy, creating high-value jobs and opportunities for UK businesses. It will examine a range of interventions, from making infrastructure investment more sustainable to scaling-up green mortgages.

"The Strategy fulfils the government’s ongoing commitment to demonstrate how it will continue to deliver carbon reductions. The UK was the first country in the world to introduce a Climate Change Act that sets a legally binding long-term target and a series of five-year caps on greenhouse gas emissions up to 2050. The government is focused on hitting the fifth carbon budget (2028 to 2032) with the package of measures outlined today.

"It is great to see this long awaited strategy setting out the government’s ambitions for clean growth. It is certainly a welcome move in the right direction. The test now will be to embed the strategy across government and encourage investment in clean growth by giving businesses the certainty they need.

"Going green is not only good for the environment: it is crucial for the future of the UK economy. By taking decisive action to reduce carbon emissions at home we can take advantage of the growing global market for low carbon technology and expertise. This strategy is the opportunity to reboot the agenda on energy efficiency, clean vehicles and the efficient use of resources in the UK.

"UK progress was confirmed in a report by PwC which demonstrated the country is strongly outperforming its peers within the G20 according to PwC’s Low Carbon Economy Index (LCEI). Its analysis published last month shows the UK decarbonising faster than any other G20 nation. It also reveals that in 2016, the UK achieved a decarbonisation rate of 7.7% - almost three times the global average.

"Analysis by PwC shows that the UK leads the G20 on clean growth and is decoupling emissions from economic growth significantly faster than its peers. The UK’s success comes down to policies that create a positive investment climate for low carbon technology, the drive to tackle emissions from coal and the strength of our services sectors.

"The Clean Growth Strategy should continue the UK’s transition to a low carbon economy."

“The strategy has plenty of good intentions but it’s missing a lot of what’s needed to make it work.

“It has a bunch of targets but it lacks the level of public investment in low carbon infrastructure needed to achieve them. And there is a major blind spot towards working people who will create the clean economy.

“It doesn’t say how workers will get support to retrain if their job is under threat from the move to a low carbon economy. And it doesn’t set out how the government will work in social partnership with trade unions and business – this will be vital to a successful industrial strategy, building carbon capture and storage, and generating green growth.”

We've got the written ministerial statement by Minister for Climate Change and Industry, Claire Perry on the Clean Growth Strategy - along with voices of support and...