Plastic can be Fantastic 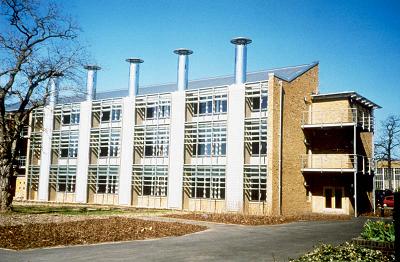 A platform for specifiers and procurement professionals to exchange experiences and to learn about the energy saving and cost efficiency potential of PVC products is being launched and organised by the British Plastics Federation (BPF).

SmartBuild will take place on 23 November 2015 at the BRE headquarters in Watford. Attendees will be able to listen to expert speakers from organisations including Architen Landrell, BRE, Axion Recycling and AGPU.

Presentations given over the course of the day will cover topics such as Energy efficient renovation of buildings, a case study demonstrating energy, resource and cost savings using PVC products and an exclusive presentation on the London Aquatics Centre.

The conference has been designed to enable an exchange of knowledge and ideas between procurement professionals, architects and suppliers which is also being promoted as a cost effective way to network. The day’s aim is to facilitate collaboration between likeminded individuals who are committed to the efficient use of materials.

Picture:    SmartBuild – being held at the BRE headquarters – is a new conference from the BPF promoting the sustainable use of vinyl products for the built environment.

Top of the Class

Essex based Billericay School has undergone a new multi-million pound expansion and has benefited from a number of efficiency saving installations including tapered flat...

Scotframe believes that by using a ‘fabric first’ approach, an investment in Val-U-Therm wall, roof and floor panels will last for the life of the building,...