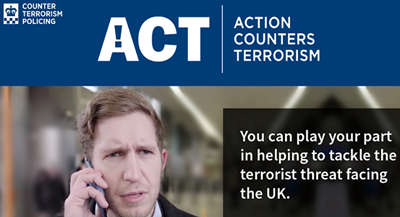 ‘Code Severe’ is a two-part series, narrated by actor Mark Strong, revealing previously untold stories of how terrorist attacks on UK soil were prevented from those involved.

The stories are told by counter terrorism detectives, bomb disposal and surveillance officers – many speaking publicly for the first time - as well as senior officers, witnesses and the terrorists themselves.

The podcasts give never heard before accounts of police action. In one episode - 'Multiple Bombings' - a former Special Branch officer explains the race against time to secure vital evidence right under the nose of a terrorist suspect in a highly sensitive covert operation.

Listeners can also hear from a member of the public who acted on her instincts after seeing something suspicious and called police, helping detectives locate core ingredients for a massive bomb.

Assistant Commissioner Mark Rowley said: “Our first ever podcast series explains how members of the public acted on their instincts and helped save lives – in the hope of encouraging others to do the same. By being more open about the threat and our work to confront it we hope the public will feel better informed and more confident in coming forward.”

Islamist Terrorism an Analysis of Offences and Attacks in the UK (1998-2015) is a new research project from The Henry Jackson Society - the right-wing, pro-democracy via...