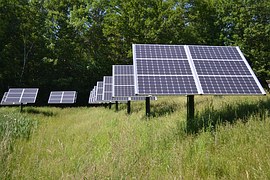 In a first ever detailed analysis of investment across the global energy system, the International Energy Agency (IEA) said on Wednesday 21 that global energy investment fell by 8% in 2015, with a drop in oil and gas upstream spending outweighing continued robust investment in renewables, electricity networks and energy efficiency.

The new annual report provides a comprehensive and detailed picture of the current investment landscape across fuels, technologies and countries. It shows that the energy system is undergoing a broad reorientation toward low-carbon energy and efficiency but investment in key clean energy technologies needs to be further ramped up to put the world economy on track for climate stabilisation.

“We see a broad shift of spending toward cleaner energy, often as a result of government policies,” said IEA Executive Director Fatih Birol. “Our report clearly shows that such government measures can work, and are key to a successful energy transition. But while some progress has been achieved, investors need clarity and certainty from policy makers. Governments must not only maintain but heighten their commitment to achieve energy security and climate goals.”

With energy supply spending of USD 315 billion, China was once again the world’s largest energy investor last year thanks to robust efforts in building up low-carbon generation and electricity networks, as well as implementing energy efficiency policies.

Investment in the United States’ energy supply declined to about USD 280 billion in 2015, falling nearly USD 75billion, due to low oil prices and cost deflation, representing half of the total decline in global energy spending. The Middle East and Russia emerged as the most resilient regions to spending cuts, thanks respectively to lower production costs and currency movements. As a result, national oil companies accounted for 44 per cent of overall upstream investments - an all-time high.

Renewable energy investments of USD 313 billion accounted for nearly a fifth of total energy spending last year, establishing renewables as the largest source of power investment. While spending on renewable power capacity was flat between 2011 and 2015, electricity generation from the new capacity rose by one third, reflecting the steep cost declines in wind turbines and solar PV. The investment in renewable power capacity in 2015 generates more than enough to cover global electricity demand growth.

Technology innovations boosted investment in smart grids and storage, which are expected to play a crucial role in integrating large shares of wind and solar. While grid-scale battery storage investment expanded tenfold since 2010, their value is predominantly to complement the grid, which continues to absorb much larger investment.

With investment rising 6%, energy efficiency spending was robust in 2015 due to government policies such as minimum standards that cover a rising share of new buildings, appliances and motor vehicles. In certain countries, lower prices slowed the trend towards more fuel-efficient vehicles, most notably in the United States where the rate of improvement in efficiency was two-thirds lower than that in recent years.

Picture: Renewables and low-carbon energy streams are seeing big investment across the world

Jason Savage, Environment & Sustainability Consultant, spoke to us at EMEX about how businesses can save money on their business utilities, and the transition to...

Energy Transitions Across the Globe

In a new regular feature, guest editors and writers will bring news from around the world on the present era of energy transition. In the road to...

A report by Green Alliance claims that the government’s clean growth strategy can only be achieved by accelerating new policies. As things stand, only half of...