Putting the Work into Networking 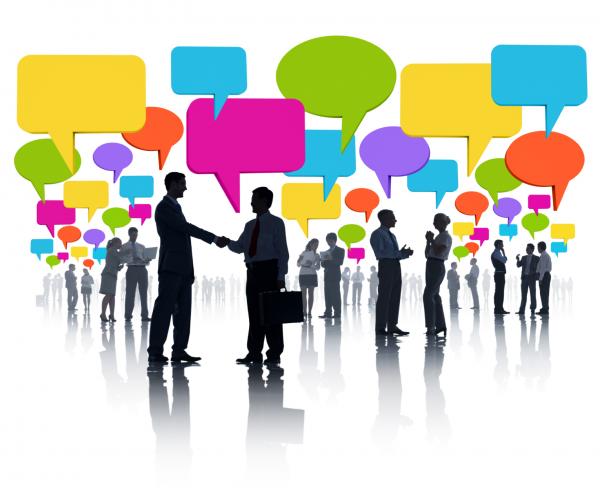 Mike Green and Gemma Gaunt are two such folk. Gemma is the brains behind a relatively new networking event taking place every month (the last Wednesday) in Manchester - FM North. Meanwhile Mike is the founder of Property Affiliates which is hosted in London on the third Thursday of each month.

Mike started 'Affiliates', as it is often abbreviated, (along with Alex Butterworth), some eight years ago. It is remarkably successful. Some simple lessons have been learnt and Gemma is benefiting from those lessons having been an Affiliates stalwart.

Why did Mike take the plunge and found property Affiliates? "My speciality is in business development in the property and related industries. There were - and still are - some good events but most seemed too large or too eclectic. I could see a place for something a bit more niche...held somewhere where the noise was not too deafening. I wanted a gathering where people felt comfortable and actually met likeminded people. It's important people do business or at least get business started. Too many networking events see lots of cards handed out but very little action afterwards."

Gemma's following a similar path: "I work all over the UK and I saw a gap where this type of event doesn't exist - independent, small and focused. Currently we're on the way to a regular attendance of 30 to 40 with an overall membership of 300."

Property Affiliates' membership stands at about 2,500. Mike says: "We will attract about 50 people when we don't have a sponsor and around 80-100 when we do. But we don't just see the same old faces (another problem with other networks), we have great churn and so our regular hosts (or which there are five) see a different crowd every time."

Says Mike. "I have both hosts and 'regular faces' but I put our regular faces to work for the network so you can barely distinguish them from the official hosts. They then set a standard that everyone else follows. The secret to great networking is having some people who will come frequently but who will then take responsibility for introducing new guests and those who don't come as often, to people with whom they might have some synergy.

"I've seen too many networking events where the same old crowd stand around talking to their mates. At Affiliates we won't tolerate that (in the nicest possible way). It would not be uncommon - in fact it happens every month - for Gemma to grab someone by the hand and say 'this way, there's someone you're going to talk to'...and there's no arguing with her. And as people get used to the standard, you'll find relative newcomers dragging someone else off by the hand - and so it goes on."

Gemma is clearly of an advocate of the 'there to do business' style of networking but she is also adamant that no event can become a 'sales fest'. "You don't go to networking events to be bombarded," she says. FM North, like Affiliates,  is about getting to know people, sharing info and creating trust and long standing relationships. You want there to be an end result but above all, it must be the right result."

Both Mike and Gemma agree that their respective events work best on a membership basis, supported by an invite only policy and with a strict understanding that anyone breaking the unwritten rules will not be invited again.

Gemma says of FM North: "We (Gemma's co-founders are Ian Perton from AAF and Stuart Wells from JCA) get a good refresh rate of newcomers although we do have a core which is not a bad thing as the group tend make people welcome and comfortable and then the newcomers become regulars. I think our familiar faces would come along at least once every three months."

Out of the smoke

Gemma is also aware of a difference geography makes. "It helps that people who work in Manchester more often than not, need to drive home, so it keeps my event relatively sober. It also means people are coming for the right reasons. We have FMs, architects, consultants and contractors and some of those will bring customers or suppliers so that is helping to spread the word. A bigger membership would be nice - but it's still early days."

Property Affiliates is very FM focused according to Mike, with a healthy mix of operational property related professionals. "It's a nice mix," says Mike "and because we keep the 'quality' up, its attractive to sponsors. We don't charge a lot but the day will be handed over to the sponsor and they can create their own branding. It is fabulous value.

"But we deliberately don't look for a sponsor every month. Again this is part of the attraction to attendees - it's nice to mix it up with smaller events, mid-sized events...and of course our once a year, full capacity, raise your voice to be heard, Women in Property day which sees our venue bursting at the seams."

Give us yer money

Gemma on the other hand would like to attract a sponsor every month. "Again, our format is slightly different, so having a company pay for some light bites would make FM North more attractive - it's hard to ask people to come along at 5 o'clock and not be able to offer them something to tide them over until they get home.

"We need a sponsor for January - put banners up and put on a 10 minute talk and we don't charge a fortune."

Both Mike and Gemma agree that it would be nice to collaborate to do a one off taster in the Midlands and try another in Scotland. Gemma is also keen on Leeds or Newcastle - if you're interested, contact Gemma via her email below.

If you would like an invite to Property Affiliates - Mike's your man.

Property Affiliates, an organisation renowned in London for bringing property and FM professionals together, has taken the bold decision to change its direction and...

For many, the current lockdown presents us with a slower and more considered way of working. We might view things with a deeper sense of what’s critical to our...

The pandemic has meant a lot of parts of our lives have come to a standstill, and the facilities and workplace management sector is no different. Some are facing huge...

What A Cracker - Networking Club Festive Lunch Pulls The Crowds

ThisWeekinFM took around 150 of the FM's finest to the Ivory Vaults at St Katherine Docks in Central London for a festive lunch with acrobats, jugglers an amazing...

London Build (Olympia, November 27-28) will be trying to put the fun back into exhibitions by featuring comedy acts, entertainment, live music, celebrity guests, a beer...