Quids In - Old Space Almost as Much as New in Leeds 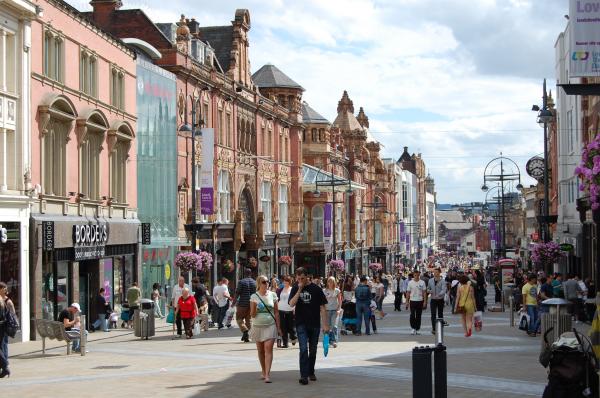 Continued demand for office space in Leeds has led to rents for refurbished space rising to £26 per sq ft (£280 per sq m) - only £1 lower than those for new build Grade A offices - according to new research from Savills.

Rents for new build Grade A space in Leeds currently stand at £27 per sq ft (£291 per sq m), with average rents across all offices in the city rising 4% in 2015. This has been driven by demand from companies looking to capitalise on relatively low property and living costs.

Savills reports that, in response to demand, Leeds has seen the second highest volume of new development starts in the UK regions.

With much of this development due to come to market this year, supply will be improved and Savills therefore expects the gap between new build and refurbished rents to widen once more, although some of this space has already been pre-let. For example, M&G’s 220,000 sq ft (20,438 sq m) Central Square scheme is due to complete this summer and has already seen a significant pre-let to PwC. MEPC’s Wellington Place has also seen several pre-lets including Squire Patton Boggs and Equifax, while Bridges Ventures’ 6 East Parade has just signed Dentsu Aegis.

Paddy Carter, associate director of office agency at Savills, comments: “Leeds will see a step change in the quality and variety of space available to occupiers this year, and this is already attracting significant interest from a wide range of occupiers.

"Across the UK regions, the long term average for annual take up of Grade A space is 4.6 million sq ft (427,340 sq m). However, there is less than one year’s supply due to come to the market over the next three years according to the latest Regional Office Market Review & Outlook report from Savills. Demand is being driven by companies in sectors such as TMT, which is estimated to create approximately 700,000 jobs in the regions over the next 10 years.

"At the end of 2015, there was 3.5 million sq ft (325,150 sq m) of speculative development in the pipeline across the UK regions but 28% of that has already been pre-let. The lack of available space is driving demand for value-add office refurbishment opportunities to help plug the gap, with January 2016 marking the 41st consecutive month of refurbishment activity."

Picture: Leeds...or a small part of it