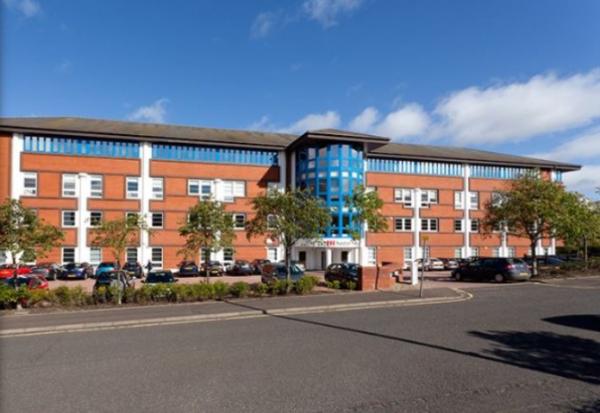 Quotient Clinical, a provider of early stage and specialist drug development services across the world, has relocated its Scottish base to West Edinburgh.

Leasing 6,394 sq ft of newly refurbished first floor space at Haston House, South Gyle will provide the pharmaceutical firm, which is headquartered in Nottingham, with a new Edinburgh base.

Formerly known as Keith House, Haston House is soon to undergo a full programme of refurbishment with 77,000 sq ft of modern office accommodation available for rent. Occupiers within the immediate vicinity include RBS, Aegon and Amey.

Located to the west of Edinburgh city centre, South Gyle is a short drive from Edinburgh Airport and the city bypass and easily accessible by public transport, including the new tram network.

Geoff Scott, Associate Director at JLL in Edinburgh, commented: "With a relative shortage of supply in central Edinburgh, we have seen strong interest and take up at South Gyle recently. For a long time used as a pressure valve for the capital, West Edinburgh's growing popularity is evidenced by the calibre of occupiers and continued demand for space to accommodate a number of larger requirements upwards of 25,000 sq ft. Better relative availability and lower costs than the city centre, the quality of the business environment, and its accessibility with first class private and public transport links, including the tram network have all contributed to the area's success.

"Haston House will provide Quotient Clinical with an excellent hub strategically located within Edinburgh and well connected to the rest of Scotland."

A Room With A View

Luxury aparthotel brand, Roomzzz, is set to expand into Scotland with a brand-new aparthotel confirmed within the £1 billion Edinburgh St James...

It has been confirmed that Apple has agreed to lease office space within the historic Battersea Power Station. Apple will be the largest office tenant, occupying...

All the World's a City

The latest JLL Investment Intensity Index has revealed the increasing attractiveness of ‘new world cities’ to investors. The Index that measures the volume...

Oracle Platinum Partner Inoapps has continued its growth with the opening of a new Group Headquarters in the City of London. With its rapid global expansion across...

Premier Workplace Services has been awarded the contract to move the Francis Crick Institute’s research operations from buildings owned by Cancer Research UK and...

Transport for London is on the Move

In a major relocation of its headquarters, TfL is heading to the International Quarter being built in Stratford, East London. Transport for London has signed a pre-let...