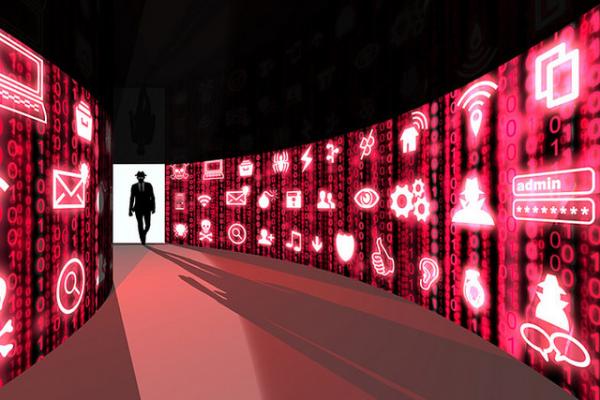 ThisWeekinFM has been making a racket about Cyber Security because vulnerabilities are exploited at a personnel and personal level - where FM's should have some jurisdiction. We now answer the question, what is ransomware and how do you protect against it.

What would it mean if you lost all of your personal documents, such as your family photos, research or business records? How much would you pay to get them back? There’s a burgeoning form of cybercrime that hinges on the answers to these questions at a personal level - and of course at a business level...as the NHS and thousands of firms around the globe have just found out.

You have probably heard of viruses and malware. These dangerous pieces of software can make their way into your computer and wreak havoc. Malware authors are intent on stealing your data and disrupting the proper functioning of your digital devices.

Money or your life

Then there is ransomware. This is crafted by cyber-criminals for extorting data from innocent users and has now become the biggest threat to individuals, small business and corporate users alike.

Unlike malware, ransomware does not steal data. Rather, it holds it captive by encrypting files and then displaying a ransom note on the victim’s screen. It demands payment for the cyber-extortion and threatens obliteration of data otherwise.

While the concept of ransomware has existed for more than 20 years, it wasn’t until 2012 that several key technological advances aligned and allowed it to flourish.

Now ransomware has evolved. It combines file encryption, it uses 'dark' networks to conceal the attacker and uses (or rather, misuses) cryptocurrencies, such as Bitcoin, to prevent law enforcement from tracing the ransom payment back to the attacker’s den.

For a small upfront cost and with low risk of getting caught, ransomware developers can net good returns: industry estimates range from 1,000% to 2,000% return on investment.

Paying small ransom amounts is quite simply adding to the problem. If you don’t, you lose your data; if you do pay, then you contribute to a worsening problem.

Yet for ransomware creators, it’s a lucrative business. Industry figures vary greatly but reports suggest that developers can earn more than US$1 million per year, which is enough to attract skilled programmers and engineers.

The recent global attack has been diffused but there have been many reports of businesses paying ransoms. Even the authorities aren’t safe, with several police departments in the US having paid ransoms in order to recover files. And we’ve even seen reports that FBI experts have advised victims to 'just pay the ransom' if they need their data.

Phases of a ransomware attack

The biggest concern with ransomware is the rate at which it is adapting to combat security protections. We recently examined the evolution of ransomware and found that ransomware developers are learning from their mistakes in previous versions. Each generation includes new features, and improved attack strategies.

We also found that over 80% of recent ransomware strains were using advanced security features that made them difficult to detect and almost impossible to crack. Things don’t look good for end-users; ransomware is increasingly using advanced encryption, networking, evasion and payment technologies. The developers are also making fewer mistakes and writing more cunning software.

It’s not a stretch to imagine a ransomware developer currently working on ways to attack corporate databases or versions that lay low while they identify all of your backup disks.

How to protect yourself

Recovering files from ransomware is impossible without the attacker’s approval, so you need to avoid data loss in the first place. The best thing you can do is practice good digital hygiene:

Ransomware is a very real threat. Its rapid growth is being driven by the low risk to attackers and good financial returns. We all need to stay ahead of the game.

The authors do not work for, consult, own shares in or receive funding from any company or organisation that would benefit from this article and have disclosed no relevant affiliations beyond the academic appointment above.

Edith Cowan University provides funding as a member of The Conversation AU.

Polyteck, a leading London-based construction and facilities management business, has today announced that it will be accepting Bitcoin as a form of payment from clients...