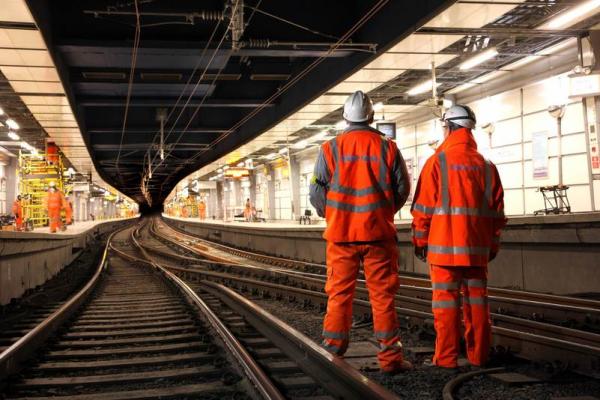 A statement by Balfour Beatty reads it has announced that it is terminating discussions with Carillion regarding a possible merger with immediate effect.

The termination of discussions follows Carillion’s wholly unexpected decision to only progress the possible merger in the event that Parsons Brinckerhoff remained part of the potential combined entity. This change is contrary to the basis upon which the Balfour Beatty Board agreed to engage in preliminary discussions. It is also contrary to the joint announcement released on 24 July 2014 which confirmed that the sale of Parsons Brinckerhoff would be unaffected by the merger discussions and also a presentation to Balfour Beatty’s Board by Carillion on 28 July 2014. This change in the proposed terms is not acceptable to the Board of Balfour Beatty.

Balfour Beatty will proceed in accordance with its own business plan, including the competitive sale process of Parsons Brinckerhoff currently well underway. It will also continue to actively progress its search for a Group CEO.

Balfour Beatty confirms there is no material new information on trading since 3 July 2014 and will publish its interim results on 13 August 2014.

This announcement is not being made with the consent of Carillion.

As a result of speculation in the national press, the Boards of Carillion and Balfour Beatty have been forced to confirm they are engaged in preliminary discussions to merge to become one of the biggest construction and services companies in the world. It is reported that the members of both boards are furious at the leaks that have forced their hands while Steve Marshall, Balfour Beatty's Executive Chairman is incandescent with rage at the embarrassment of having to send an explanatory letter to all his staff via email this morning to pacify their concern.

The news comes as a spate of mergers have taken place in the industry and with rumours rife that more are to come. One particularly strong whisper arriving in the earholes of ThisWeekinFM is that the GSH Group (an international energy and hard services provider) is attracting covetous glances.

Living in the Land of the Giants

One industry commentator said yesterday: "It seems as if we are waiting to see who is going to buy who next and as if the market is polarising into the giants versus the rest. In the FM market customers have a choice of these huge conglomerations or relatively small firms - without there being much in the middle."

The announcement from Carillion and Balfour comes with the caveat: 'this is not an announcement of a firm intention to undertake any transaction under rule 2.7 of the city code on takeovers and mergers (The Code)'. However, the statement goes on to say he Boards of Carillion and Balfour Beatty believe that the merger of the two groups has the potential to create a market leading services, investments, and construction business of considerable depth and scale. Work is now underway to develop a strategy and outline business plan for a combined entity.

The two parties have agreed that Balfour Beatty’s publicly announced sale process for Parsons Brinckerhoff, which is already underway, will proceed unaffected by this announcement, subject to achieving acceptable value and terms.

In other news, Balfour Beatty announced today (Fri 24 July) that it has been awarded a US $136million (£80 million) contract to build a prestigious and environmentally responsible office complex in the heart of uptown Charlotte, North Carolina – the latest in a series of awards to develop the city’s economic and commercial infrastructure.

The building, known as 300 South Tryon, is being developed by Cornerstone Real Estate Advisers LLC and consists of a distinctive 25-storey office building and a four level underground parking garage.

The office building is being planned to achieve Leadership in Energy and Environmental Design (LEED) Gold certification. LEED is the internationally recognised green building certification system established by the US Green Building Council, which promotes sustainable building and practices.

Balfour Beatty has won a number of significant contracts to develop Charlotte’s infrastructure in support of its economic growth. Earlier in 2014, the City of Charlotte awarded Balfour Beatty a US $131million rail contract to build track and systems components to extend the city’s light rail system. This award followed a US $106 million civil engineering contract for the same light rail system. Balfour Beatty has also constructed a number of high profile buildings in the area including the global headquarters of specialist manufacturers SPX, the 32 storey 1 Bank of America Center, and the University of North Carolina at Charlotte Student Union building.

This announcement completes the NGEC facilities management contract awards programme and follows the announcement on 12 May 2014 that Carillion and Amey joint ventures had won the National Housing Prime contract and the Scotland and Northern Ireland Regional Prime contract.  The five NGECs won by the Carillion and Amey joint ventures have a total potential value of £4.5 billion.

A Carillion joint venture with Amey has been awarded the Regional Prime Central contract that is estimated by MoD to be worth in the order of £435 million over the initial contract period of five years, which can be extended by a further five years, subject to approval. This enlarged contract replaces the existing Regional Prime Contract Central, which is currently held by a Carillion joint venture with Amey and covers central and northern England and the whole of Wales, and the existing Regional Prime Contract East, as services in all these areas are being combined into one contract.

Under this contract, the joint venture will provide a wide range of hard facilities and asset management services at more than 150 establishments containing more than 14,000 assets at sites including RAF Cranwell, Catterick Garrison, RAF Valley and MoD Stafford, together with the option to undertake capital works projects valued up to £3.93 million.  Hard facilities management services will include planned and reactive building fabric and mechanical and electrical engineering maintenance and utility efficiency services.

The Carillion joint venture has also been awarded the South East and South West Regional Prime contracts that are estimated by MoD to be worth in the order of £258 million and £265 million, respectively, over the initial contract period of five years.

All three contracts, together with the contract in Scotland and Northern Ireland, which was announced on 12 May, will deploy a service delivery model for hard facilities management services that will support the UK Government's objective of encouraging the use of Small and Medium-sized Enterprises.

Both Carillion and Amey will also use these new contracts to create further opportunities to demonstrate their commitment to the Armed Forces Corporate Covenant, which helps ex-service personnel find employment and supports the provision of Reservists.

Lanes Goes Down The Drain

Balfour Beatty, the international infrastructure group, has been appointed to deliver up to £180million of infrastructure works for Heathrow Airport...