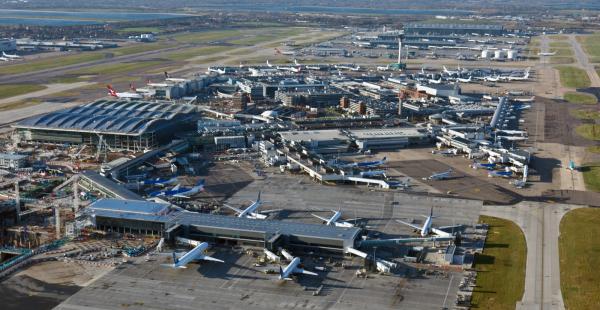 Balfour Beatty, the international infrastructure group, has been appointed to deliver up to £180million of infrastructure works for Heathrow Airport Limited.

Over the next three years the company will work together with Heathrow to maintain and upgrade Terminals 1, 2 and 4, through the ‘Delivery Integrator Framework Lot 1’. This is the first of four new-style framework contracts to be awarded by Heathrow, each for a different section of the airport, as part of a total investment package of £1.5billion.

These new frameworks, which appoint a single contractor to deliver a programme of projects, are intended to enable Heathrow to realise year-on-year savings on its capital investment programme.

Balfour Beatty will be acting as programme manager and contractor at various stages throughout the lifecycle of the framework, delivering individual projects worth between £500,000 and £70million. Projects will range from structural improvements to multiple asset replacements such as escalators and passenger conveyors, passenger and goods lifts, air conditioning systems, retail areas, CCTV, access and security systems. At the end of 2016 there is an option to extend the framework for a further two years, which will be worth up to an additional £70million.

Balfour Beatty will bring its substantial range of in-house expertise to deliver the framework including design, engineering, construction, mechanical and electrical capabilities, and Building Information Modelling (BIM) which will allow full 4D design specification for Heathrow.

Balfour Beatty has a fifteen-year association with Heathrow having worked on two previous frameworks, and has delivered significant infrastructure projects from the award-winning Terminal 5 facility to multiple asset improvement projects across the airport.  The company is currently delivering the new £590million Terminal 2B facility as part of the Terminal 2 complex, due to open this summer.