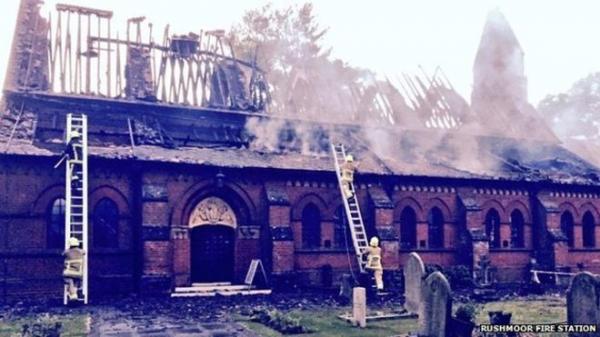 Arson remains the largest single cause of fire in England and Wales and research has estimated that the overall annual cost of arson to the economy in this area is around £2.53 billion.

In an average week in England, arson results in:

Assess the risks – Many arson attacks are opportunistic so any property can be at risk. Schools, unoccupied buildings, places of worship and animal research establishments are the most frequent targets. A risk assessment should be carried out whatever your businesses type.

Make colleagues aware – All colleagues must be aware of the threat of arson and encouraged to report any suspicious behaviour.

Locking up – Make sure everything is safely closed and secure at the end of the working day.

Ensure that any potential fuels or accelerants have been securely stored and that all colleagues and visitors have left the building.

Buildings should be kept in good condition and any potential access points made as secure as possible:

To combat the threat of arson, the following security measures should be considered:

Damage to property is a main concern for FMs but the human cost has also to be considered. In the last decade there have been around 2.3 million deliberate fires resulting in over 25,000 injuries and over 900 deaths.

Picture: November tends to be a bad month when arsonists are busy but simple measures can be taken to prevent the huge damage to buildings and risk to life