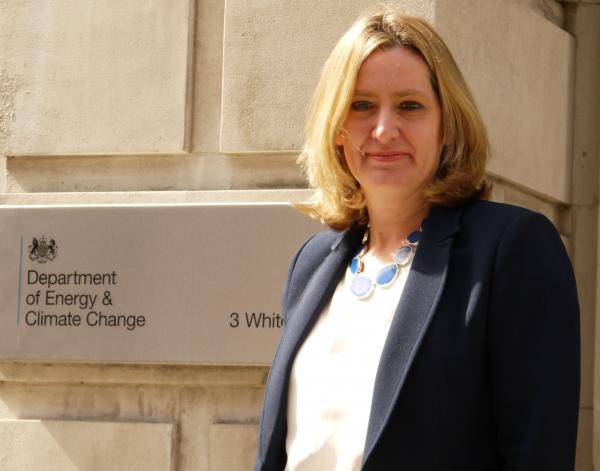 A leaked letter and evidence session has infuriated the Solar Trade Association following the government’s admission that the UK is not ‘on track’ to meet its renewables target.

The STA vented its anger with the Secretary of State for Energy and Climate Change, Amber Rudd, where she was giving evidence at a Parliamentary committee and confirmed that it was ‘difficult to say’ if the UK was ‘on track’ to meet its 2020 renewable energy target of 15% of all energy from renewables.

The STA argues that the UK target is lower than the pan-EU target of 20% because it has always trailed most other European countries on renewables deployment. In the letter, Amber Rudd confirmed that the UK is on track to reach only 11.5% renewable energy by 2020. Failing to achieve a higher level could, argues the solar industry, leave the UK at risk of delivering only slightly better than half the contribution from renewables as the rest of Europe.

Ms Rudd also confirmed that the government was looking at making up the targets potentially from importing renewable power from overseas. She also highlighted the potential to increase the role of renewable transport, while underlining the Department for Transport’s focus on electric vehicles.

“It is clearly absurd to be decimating the most cost effective renewable power technologies while exploring the potential to make up the UK renewable target shortfall by importing renewable electricity from overseas,” complained Leonie Greene, Head of External Affairs, STA. “The solar industry has already seen the Government prioritise public support towards more expensive overseas utilities over British solar. It is very difficult to understand the lack of interest in supporting British companies.”

The STA has already published a so-called £1 rescue plan for solar power that it claims would deliver 2.7GW of solar power by 2020. This amounts to 0.17% of total energy in 2020 – the UK renewable energy target is 15% – leaving ‘huge scope’ for advancing the heat and transport sub-targets.

“There is plenty of scope to strongly ramp up renewable heat while providing a sensible framework to safeguard public investment in the British solar industry,” said Ms Greene. “It is not either/or. We are not on track to meet the 2020 targets, investor confidence has been severely damaged by recent policy chaos, the world is halfway to dangerous climate change and the UK does not have a minute to waste to get its solar industry back on track.”

Picture:   Secretary of State for Energy and Climate Change, Amber Rudd – forced to admit the UK was missing target for renewables