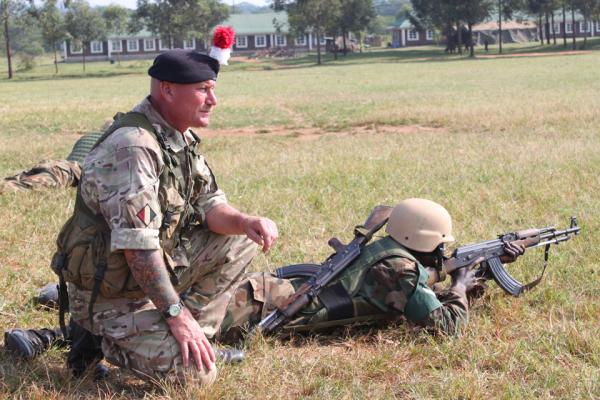 Reservists give up their spare time to serve in the Reserve Forces, balancing their civilian life with a military career to ensure that should their country require them, they would be ready to serve as part of the military.

The Reserve Forces make up approximately one sixth of our Armed Forces personnel and as such are integral to protecting the nation’s security at home and overseas, particularly providing capability in specialist areas such as medical and cyber.

Reservists are currently supporting operations worldwide including in Afghanistan, Northern Iraq, Cyprus, Bosnia and Herzegovina and as part of the UK’s effort to counter Ebola in Sierra Leone.

Integrated support services and construction business Carillion will use Reserves Day to enlist its suppliers in a drive to encourage companies to support Reservists.

Carillion has committed to recruit 300 Reservists (one per cent of the Army Reserve Force in the UK) by the end of 2016 and is keen promote the value Reservist bring to businesses. It will run three briefings for suppliers at which it will share its own experience of employing Reservists and show how businesses can work with the Armed Forces.

Seumas Kerr, Carillion’s military advisor said: “Reserves Day celebrates the contribution Reservists make to the Armed Forces by balancing their civilian life with commitment to the military. However, it is also an opportunity for businesses to show how they value Reservists as part of their workforce and demonstrate that they have the right level of support and flexibility from their employer.

"At Carillion we know that Reservists offer great benefits to employers such as transferable skills, training, high levels of technical experience and motivation. We want to share our experience and commitment to Reservists with businesses who we work with so they understand the benefits that employing Reservists can bring to them.”

As well as supporting Reservists Carillion also provides work placements for military personnel moving into civilian life and works with the army to help unemployed young people to find work through the Armed Forces Employability Pathway.

In my civilian life, I’m a team assistant for WorldFirst (a foreign currency exchange company based in the City). As a Reservist I’m a trooper with the Honourable Artillery Company that is the oldest Reserve unit in existence. I joined the Reserves due to the research I did for my final degree project at London College of Fashion; I studied special effects and prosthetic make up and my third year design project was centred around what it means to be a soldier throughout the last century. This involved me looking into first-hand accounts of soldiers’ experiences and something that really struck me was that despite opinions towards political reasons of warfare, a majority of soldiers believed that they were doing something to help, something that would make a difference. It was a new level of respect for me; it led to me going to a Reservist open evening and the rest is history! I’ve just finished my phase 1 training and can’t wait to be deployed.

William AdamsIn my civilian life I’m a pilot but I joined the Army Reserve in 2014 as I wanted to do something that pushed me both mentally and physically whilst gaining new skills, meeting new people and experiencing things which I could never experience in civilian life. So far, I’ve completed basic training and been on a number of training weekends with my unit – I’m a Sapper which means I’m responsible for tasks such as building and repairing roads and bridges, laying and clearing mines etc. The training has been brilliant – I’ve learnt so many new skills which I wouldn’t have been able to learn on ‘civvy street’.