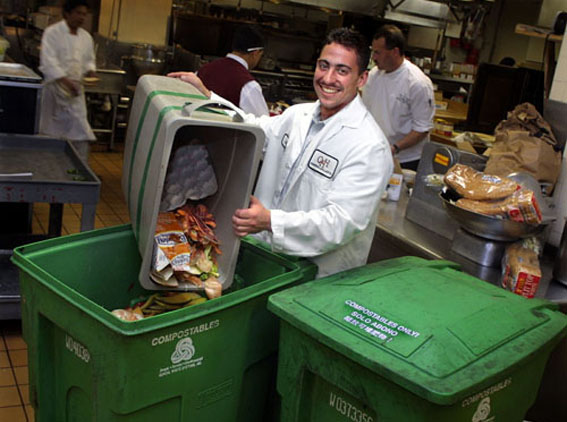 Restaurants, bars and night clubs are the worst in the industrial and service sectors for recycling their waste, it has emerged, writes Commercial Director Mark Hall of Business Waste the national waste management and recycling company. With pubs and clubs outed as the worst offenders for not separating their waste, it is claimed that staff often fail to separate their rubbish at all, meaning that some businesses only manage to recycle about a third of their waste.

As customers become more aware of environmental issues and demand that companies prove that they can act green, sloppy attitudes towards their waste could end up losing them money, It’s no real mystery why this sector is the worst at recycling. A drive for lower staff costs means that corners are often cut and that means pubs, clubs and restaurants tend to send the majority of their refuse for general waste.

Day in, day out our operators see bins full of unsorted rubbish from food and drink establishments that could quite easily be recycled. Instead it’s heading for landfill and that’s not good.

At least 30% of all restaurant waste is incorrectly sorted because establishments fail to:

Separate tins and cans. With the rise of energy drinks for revellers, this means that some nightclubs only manage to recycle around 30% of their waste

Make adequate attempts at recycling. Most pubs will separate bottles from general waste at best and there are still unacceptably high number of businesses that don’t even bother to do that

Separate food packaging. This is often left with general waste when it should go to paper and card recycling.