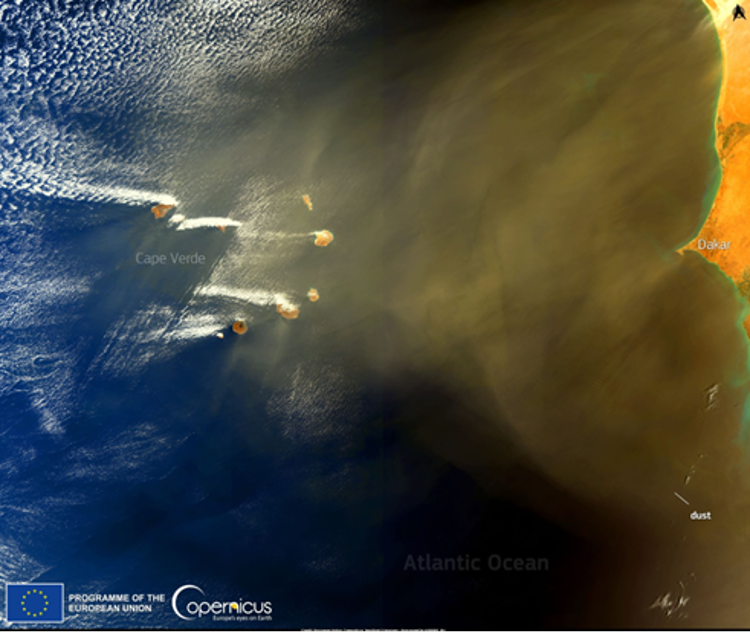 What is Saharan Dust?

Saharan dust is sand and dust from the Sahara in North Africa. As winds blow dust and sand into the sky, if the winds in the upper part of the atmosphere are blowing north, the dust can be carried as far as the UK.

Once it is lifted from the ground by strong winds, clouds of dust can reach very high altitudes and be transported worldwide. As raindrops fall, dust particles are brought down to the ground, leaving behind a layer of dust when they later evaporate.

According, to the Met Office, Saharan dust is relatively common in the UK when big dust storms in the Sahara coincide with southerly wind patterns.

In this case, Storm Celia, which has brought severe weather warnings in Europe, is the culprit of sights of orange skies and laters of dust being currently spotted.

The Copernicus Atmosphere Monitoring Service indicated that most of the dust reaching Europe would likely be concentrated over Spain, Portugal, and France.

At the time of writing, air quality in Spain is marked as “moderate” or unhealthy for sensitive groups” in certain western areas.

Where Has Saharan Dust Been Spotted in the UK?

A Saharan dust cloud sweeping over parts of the UK has turned London’s sky orange 👇 https://t.co/nLaqPKWOvI

Not rust, but dust from Sahara on my railings - need the lights on - and the birds are singing like it's dusk!#Sahara #saharan #dust #London pic.twitter.com/OjdHRDyJAz

A dull yellow glow in the sky and raining mud: apparently a Saharan dust storm has blown all the way to the UK #London pic.twitter.com/8joAZtwLsY