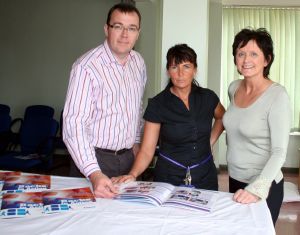 The school governors of Bloomfield Collegiate School were fined £7,500 plus costs of £1,750 at Belfast Crown Court when they pleaded guilty to three breaches of health and safety legislation.

After the hearing, Ronan Magee, head of HSENI’s Education Group, stated: “HSENI takes this opportunity to remind everyone responsible for school premises of the duty to manage the risks presented by asbestos containing materials (ACMs). They must ensure that an assessment has been carried out to establish if and where ACMs are present and determine their condition.” Mr Magee went on to say that the school governors were obliged to hey prepare an asbestos management plan (AMP) detailing how the ACMs present would be managed and provide information relating to their location to anyone likely to disturb them.

HSENI had continued to provide information, guidance and support to schools throughout Northern Ireland on their duty to manage asbestos. As part of a continuing programme of work within the education sector, around 50 schools (drawn from voluntary grammars, grant maintained integrated and Irish medium schools) will undergo inspections over the coming year in relation to the safe management of asbestos. Their purpose is to ensure that asbestos is being properly managed in accordance with the regulations and that suitable and sufficient asbestos management plans are in place at these premises.

Pictured: Ronan Magee (left), head of HSENI’s Education Group – much to do to get over responsibilities on managing the risks of asbestos