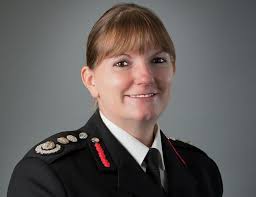 The National Fire Chiefs Council is calling for all new school builds or refurbishments to have sprinklers fitted - a policy that is mandatory in Scotland and Wales.

Figures show the proportion of new schools built with sprinklers had dropped from about 70% a decade ago to a third last year - and overall, in England and Wales, just 5% of schools have sprinklers.

The NFCC part commissioned an independent analysis in 2017 which looked at more than 2,000 incidents attended by UK fire services in sprinkler-protected buildings, which found that sprinkler systems correctly operated on at least 94% of the fires and controlled or extinguished 99% of those fires.

According to NFCC, the impact of school fires is significant; while they have an impact in financial terms they also have a devastating impact on the communities schools serve, along with the environment and the disruption to students, teachers and families. The impact on children’s education is not confined to lost course work but often includes longer travelling times, disrupted social groups and poorer facilities.

NFCC believes if sprinklers were considered at the design stage of new build or refurbishment of existing buildings, costs could be kept to a minimum.

Each year, more than 1,300 schools in the UK suffer fires large enough to be attended by fire and rescue services. Fifty-six per cent of these are classed as non-accidental. According to government estimates (DCLG), the average cost of school fires between 2000 and 2004 was £58 million per year.

Statistically there is one in 20 chance of a school having a fire but that does not explain the whole picture. Many fires are not reported to fire and rescue services, particularly if they self-extinguished or are put out by staff.

London Commissioner Dany Cotton and Head of the NFCC said: "The NFCC strongly believes sprinklers can play a significant role in both improving the life safety of occupants, especially in specialised housing, health care facilities and high-rise accommodation. In addition, I believe that sprinklers are the most effective way to ensure that fires are suppressed - or even extinguished - before the fire service can arrive. Sprinklers save lives and reduce injuries, protect firefighters and reduce the amount of damage caused by fire."

NFCC has recently submitted an in-depth response to the Hackitt Review, which is looking at building regulations following the Grenfell fire, and would like to see the review consider an improved focus on property protection and sustainability in building regulations.

Cotton said: ""Sprinklers are an effective part of an overall fire safety solution and can be used efficiently to improve fire safety in a range of new and existing buildings. The NFCC supports the concept of risk-assessed retro fitting of sprinklers."

Oh I Do Like To Be Beside The Seaside

The RIBA Stirling Prize judges have decided they really do like being beside the sea as they have voted their top prize to the fabulously restored Hastings Pier. The...