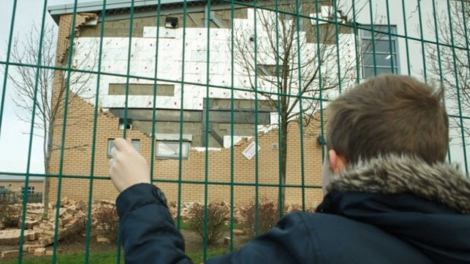 Edinburgh is rocking from the emergency measures that are being taken to ensure 17 PPI funded schools are going to be safe for its students and staff.

While the allocation of blame might have to wait until later, Edinburgh City Council has had to draw up contingency plans to ensure all primary and special school pupils will be back in alternative schools by Tuesday of next week as Monday is the Spring Public Holiday.

The local authority is stating that ‘significant’ work has also gone on at the beginning of this week to ensure the 2,000 S4, S5 and S6 pupils affected by recent school closures will be accommodated in high schools in Edinburgh, guaranteeing they are ‘fully supported’ in readiness for their exams.

Additional offers of support with accommodating pupils have come in from Edinburgh University, the Scottish Parliament, NHS Lothian, community groups and venues and private sector companies.

“We have plans in place to ensure all primary and special school pupils will be back in schools by next week subject to the council getting access to the closed schools,” stated Andrew Kerr, CEO. “Our focus is very much on getting our school children back into education as soon as possible. That remains our priority, particularly for those pupils preparing to sit their exams in May. Edinburgh Schools Partnership is continuing with its programme of inspections and has committed to providing new information as and when it becomes available.”

The need for this emergency repair work is a particular embarrassment for those politicians who pushed for the PFI projects in the past, particularly the then Chancellor of Exchequer, Gordon Brown who saw it as a means of getting spending off the government balance sheet.

In the case of the Edinburgh schools, £360 million was spent with the first phase dealt with by a joint venture between Amey and Miller Construction. The schools were completed in 2005.

Responding to media enquiries into what has gone wrong, the companies involved attempted to focus on work in hand, rather than possible past shortcomings. “We are deploying our engineering resources and technical teams to work closely with Edinburgh Schools Partnership to identify and help with additional repairs requested by partnership to allow the schools to be safely reopened,” said an Amey spokesperson. “We have completed the first phase of initial remedial works in three schools over the Easter break and we will continue to support the council with the current investigation and additional works requested across the Edinburgh schools estate to ensure they are safe for use and can be reopened as quickly as possible. The safety of pupils, teachers and our employees is our ultimate priority.”

Miller Construction was bought by Galliford Try in 2014 and it became aware of a problem in March this year when it was notified that Oxgangs Primary School, built by Miller Construction more than 10 years ago, lost part of one external wall which blew off in Storm Gertrude.

“Through its acquisition of Miller Construction, Galliford Try has contractual responsibility for four of the 17 schools,” explained a spokesperson. “Remedial work required to remedy defects in those four schools is nearing completion and the costs are not material to the Group.”

The controversy is unlikely to die down but it has not stopped the scoring of political points with the Labour Party council leader Cllr Andrew Burns pointing a finger of blame. “Edinburgh Schools Partnership has let the council down but more importantly it has the let children, parents and staff of this city down.”

Picture:    What the PFI is going on here? Emergency work has had to be undertaken on 17 PFI financed schools in Edinburgh with accusations of shoddy work