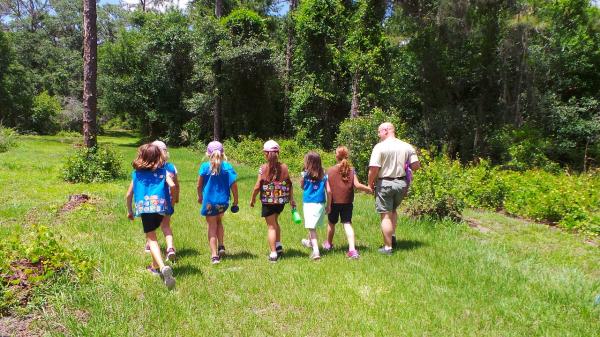 A recent study in the journal Nature Energy reported that when children are taught to turn off power strips at night and wash clothes in cold water, their parents starting following their lead and doing the same.

The study, which involved 318 Girl Scouts, all fourth and fifth graders in Northern California, was conducted by Oregon State University and Stanford University and was published at the end of July 2016.

The goal was to teach the girls new energy conservation behaviours and to see if it could affect their actions regarding energy efficiency as well as the actions of their families.

Before the five-week programme began, the girls and their parents completed surveys regarding their knowledge of energy conservation and if this awareness had influenced their practices in conserving energy. They were then surveyed again directly after the instruction and for several months following.

The results of the study found that the girls actively practised the steps they were taught. Further, they soon taught and encouraged their parents to adopt the same energy saving steps, which they did for an average of seven months.

"The findings suggest that these kinds of educational programmess could have a significant and lasting impact on family energy consumption," says Hilary Boudet, an assistant professor of climate change and energy at Oregon State University and lead author of the paper.

"Children are a critical audience for environmental programmess because their current behaviour likely predicts future behaviour."

Stephen Ashkin, CEO of Sustainability Dashboard Tools, Inc., says the study and its results represent even more to him: "Teaching children about ways to reduce energy [consumption] and promote sustainability at a young age means it can become part of a child's behavioural makeup. It can become the foundation for creating a 'culture of sustainability' in this country and globally."

The Sustainability Dashboard is a reporting system designed for business owners and managers and property developers involved in sustainability programmess. The system measures and monitors energy, water, fuel consumption and other metrics to reduce environmental harm, save money and create a culture of sustainability.

Picture: 318 Girl Scouts have helped in a study that shows children pass on good energy conservation principles to their parents