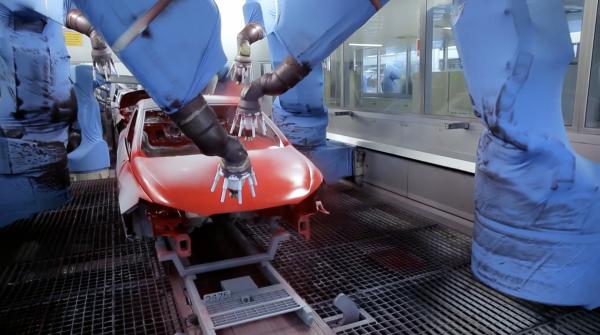 Compared to sector average in the EU, SEAT consumes roughly half of the energy required to produce a vehicle and SEAT al Sol is the largest solar power plant in the automotive industry.

Now the vehicle manufacturer is aiming to halve its environmental footprint by 2025, compared with its 2010 consumption and emissions figures.

The Spanish brand has already met an ambitious goal to reduce its environmental footprint by 25% ahead of its 2018 target. By the end of 2016, the company had already improved its five major environmental indicators (energy and water consumption, as well as the generation of waste, volatile compounds and CO2) by 33.6%, comfortably.

The new target is framed by the Ecomotive Factory Plan, SEAT’s environmental strategy for vehicle production. The Plan provides for a series of measures and projects to maximise resources and minimise emissions in all of the company’s production processes.

Thanks to the implementation of the Plan in 2011, SEAT has successfully lowered its CO2 emissions by 66.2% with measures such as heat recovery during processes, the efficient control of air conditioning and thermal insulation, external heat supply driven by biomass energy or the purchase of green energy, among others.

In addition, the company has generated 41.4% less waste and 16.2% fewer volatile organic compounds thanks to the selective sorting of packaging or the substitution of certain solvents and waxes used in the production process. Energy and water consumption have been reduced by 21.7% and 22.5% with measures such as lowering the temperature in some manufacturing processes or installing new filters in the rain test when verifying the water tightness of cars.

SEAT Vice-president for Production Dr. Andreas Tostmann said. “In 2016 we invested close to 23 million euros to improve our environmental performance. It is a great satisfaction to be able to claim that we have already reached the goal we set for ourselves for 2018 and that we have an ambitious target for 2025.”

The combined actions included in the Ecomotive Factory Plan have led to the reduction of energy consumption per vehicle produced by around 20% since 2010. Compared with the sector average in Europe, SEAT consumes approximately half of the energy required to produce a vehicle, 23% less water and emits 65% less CO2.

The implementation of LED lighting fixtures, improved insulation of facilities and workshops or the recovery of heat and cold for air conditioning are just some of the measures that have been implemented. In addition, 50% of the energy consumed by SEAT comes from renewable sources, and 100% in the case of electricity.

SEAT al Sol is the most emblematic project in the company’s environmental strategy. Inaugurated in 2013, it is the largest solar power plant in the automotive industry covering an area of 276,000 m2, the equivalent of 40 football pitches. The Martorell plant is equipped with 53,000 solar panels and produces enough energy in a year to charge 3 million phones a day. In addition, it has prevented 8,300 tonnes of CO2 emissions every year, which is the same as 10 times the amount that gets absorbed by New York’s Central Park.

Also vital is the optimisation of water and the savings achieved through actions such as water recovery using a second reverse osmosis stage, which enables waste water to be partially tapped; the use of condensate water from air conditioners, for example.

Another benchmark project features the self-illuminating access bridges at the Martorell factory. The combination of walkable tiles that generate 0.1 KWh/day with tiles that capture solar energy lights up access bridges. A further highlight among the measures implemented in 2016 is the energy recovery project, which involves installing cells in the paint stacks that convert heat into electricity. In addition, the company is also implementing actions to raise awareness of the environmental strategy among the workforce, together with setting up information points around the factory.

Picture: Just one production line at the massive SEAT facilities - an example is pictured below 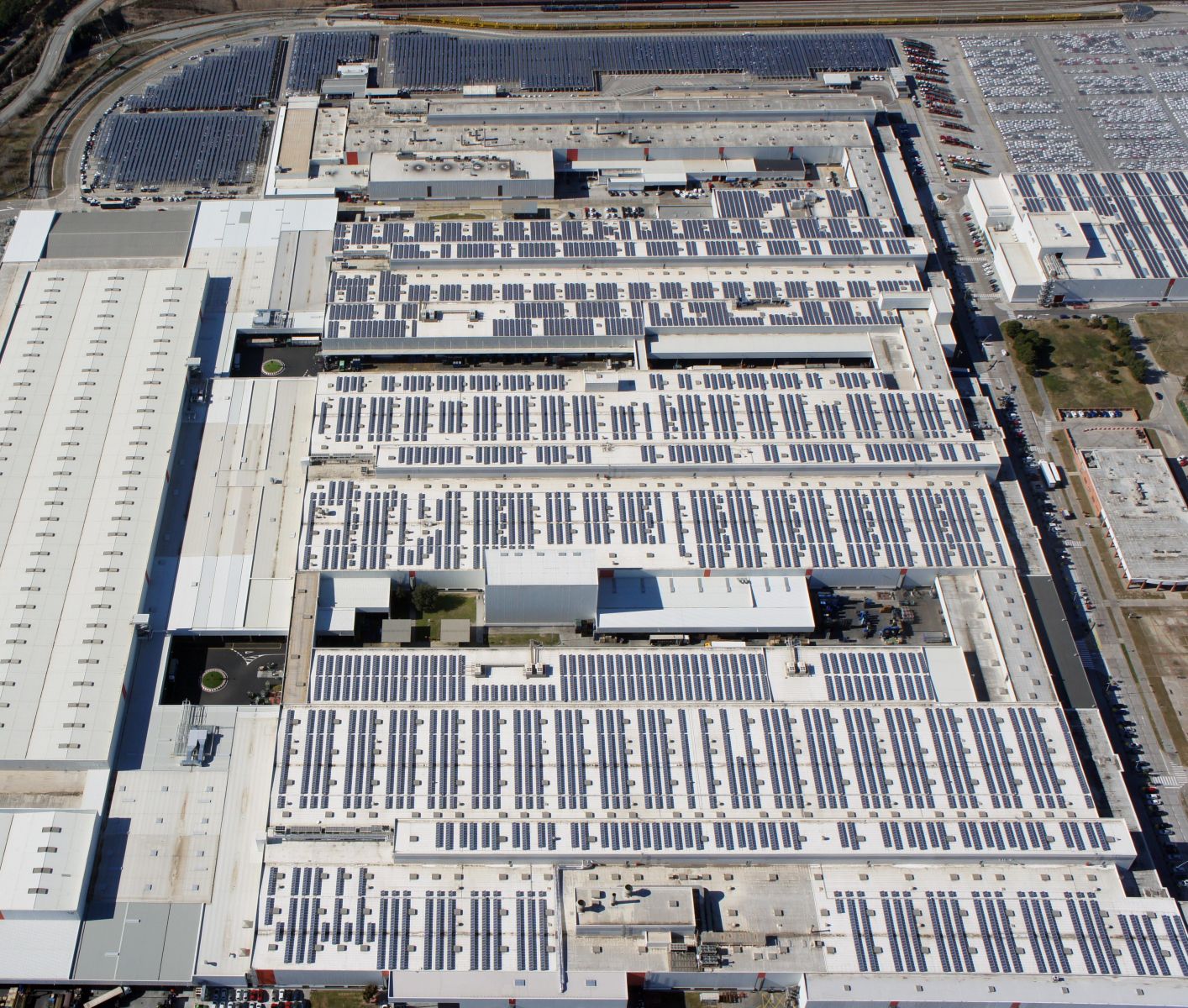