Security Guard Bashed as Taxi Drivers Get on Wrong Side of the Law...and the River 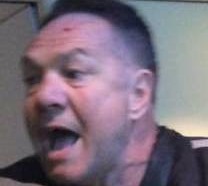 A security guard was injured last week in an assault as protesters stormed London's City Hall on the south side of the river Thames. Officers are appealing for information to identify the attacker and five more men.

They have also issued a clearer image of the alleged assailant. His image was initially released following the incident at just before 11:00pm (taxi drivers are renowned for not going south of the river at that time of night) on Wednesday, 16 September. So far no one has come forward to identify him.

CCTV caught the a group of protestors forcing their way into City Hall. They had come as part of a much larger group of taxi drivers who have been upset at the Mayor of London's stance on a range of issues including lack of action in tackling Uber, the online service that puts people who need a lift in touch with those who can provide one and new rules governing 'clean' taxis.

One man (described as white, around 50 and 6ft,) can be clearly seen deliberately pushing a security guard, before turning and going in a different direction. The injured security guard was taken by the London Ambulance Service to hospital where he was treated for concussion.

Detective Chief Inspector Andy Barnes, from the Public Order Investigation Team, said: "I am asking the taxi driver community to reject and stand up against this behaviour, which undermines the hard working and law abiding majority who wish to see protest remain peaceful.

"A small minority used force to enter City Hall, resulting in a security guard, who was simply doing his job, being knocked unconscious. What happened here was completely unacceptable.

"These individuals must not be allowed to commit further acts of violence."

Picture: The clearer Image 189772 of the initial suspect.