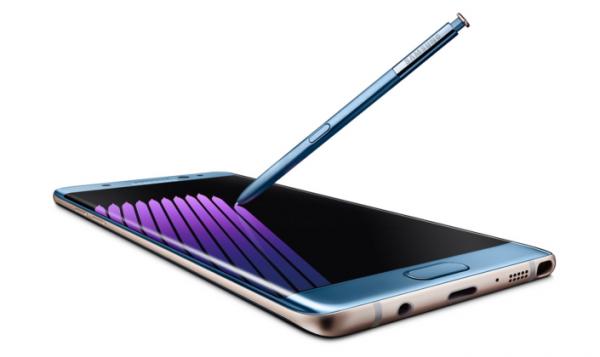 Samsung has announced it is suspending sales of its Galaxy Note 7 smartphones after reports of phones catching fire while charging - destroying the phone and the SIM with all its information.

Samsung said it has confirmed 35 such cases, caused by faulty batteries.

Since the phone's launch on August 19, several users have posted photos and videos on social media showing the melted screen of the Galaxy Note 7, saying it suddenly caught fire.

The president of the firm's mobile business, Koh Dong-jin, said an investigation by the company found a battery cell made by one of its two battery suppliers caused the problem.

A Samsung statement reads: '...committed to producing the highest quality products and we take every incident report from our valued customers very seriously. In response to recently reported cases of the new Galaxy Note7, we conducted a thorough investigation and found a battery cell issue...we are currently conducting a thorough inspection with our suppliers to identify possible affected batteries in the market...'

For customers who already have Galaxy Note7 devices, Samsung will replace their current device with a new one over the coming weeks.

Picture: That's nailed it - a battery fault has sent Galaxy Note7 devices to a fiery end