Show Your Hand - Save Lives 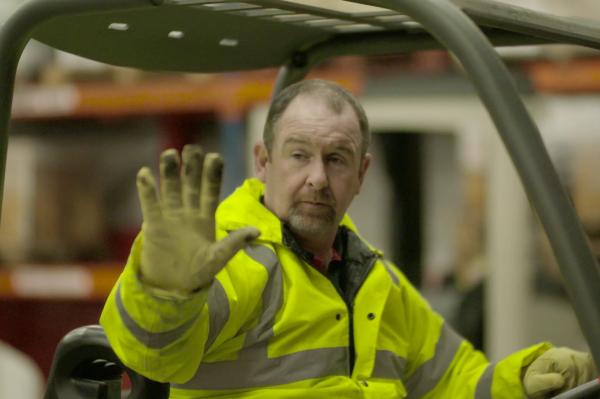 Hundreds of companies are already benefitting from Mentor FLT Training’s free Show Your Hand kits. But, if you’ve not got your kit, there’s still time to download it, according to the training organisation.

This campaign, which has been endorsed by the FLTA, UKWA and BSC Safety Management, is designed to establish a standardised interaction between forklift operators and pedestrians to help prevent the hundreds of injuries sustained in workplaces each year.

Contents include everything needed to spread its important safety message, including exclusive posters and videos for presentations and toolbox talks. The materials work together to encourage an environment where all workers know to use Mentor’s simple system:

If the driver sees a pedestrian approaching too closely:

The onus is on the driver to initiate the communication and pedestrians don’t have to respond, just stop and remove themselves from harm’s way.

Pedestrians account for 57% of those injured in FLT incidents, and Mentor is hoping the simple idea behind ‘show your hand’ will help raise awareness amongst this vulnerable group - not just operators themselves - and help reduce accidents and serious injuries across the board.

“So many of these injuries are completely avoidable,” explains Mentor FLT Training managing director Stuart Taylor. “It’s so important that everyone working either on or around forklifts recognises the dangers involved… and – more importantly – the simple hand gesture that could prevent them.

“Whether you’re in the cab or on foot, you should never assume you’ve been seen or rely on a colleague to move out of your way. Because there’s every chance you’ve not been seen, or that they don’t understand the level of risk involved.

“Raising your hand is a clear, universal signal, so instilling it in the workforce as a part of operators’ routines should be relatively straightforward. It’s also non-verbal so it overcomes any potential language barriers or noisy environments. And with our free resources, it can be implemented at no cost to businesses.”

“The initial interest has been overwhelming and just proves it’s a much needed solution for busy companies, regardless of industry sector, where operators and pedestrians work side by side. And with accident numbers on the rise, we’ll keep doing what we can to spread the message far and wide if it will help save lives and limbs.”