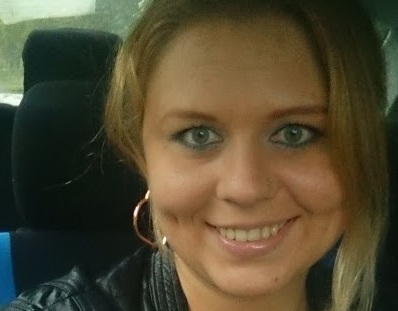 Marina Usaceva from Peterborough has been jailed for six years for causing death by dangerous driving. She caused an accident when making calls on two mobile phones whilst behind the wheel. Her sentence also includes being banned from driving for eight years. ThisWeekinFM and the RAC clarify calling when driving rules below.

Usaceva was found guilty of causing an accident on the A47 in Wisbech, Cambridgeshire. Police were able to track phone records to show that two mobiles found in the car had been in use at about the time that another vehicle was hit with enough force to push it into the opposite carriageway. This car, driven by Sukhdeep Singh Johal, was hit by a lorry. Sukhdeep was killed.

Plague on our society

The judge in the case at Peterborough Crown Court yesterday (Thurs 31 July) said people using mobiles while driving are 'a plague on our society' and vilified Usaceva, for not showing a 'scrap of remorse'.

The RAC states that safety dictates ‘nil by hand’ but drivers are still inconsistent in their adherence to mobile phone legislation.

A shocking 61% of motorists still have not got the message that texting at the wheel of a stationary car with the engine on is against the law despite the fact it has been illegal since 2003 for drivers to use a hand-held mobile phone.

RAC research shows a frightening level of ignorance about the law relating to the use of hand-held phones with 12% not knowing texting and driving is illegal and 21% not realising it is illegal to check Facebook and Twitter while driving. In fact, there is greater awareness about the illegality of the new offences of tailgating or middle lane hogging on the motorway than texting whilst stopped in traffic, with a nevertheless disturbing 31% and 42% respectively, not knowing they have been outlawed.

With this level of apparent ignorance about the law, it is perhaps slightly less surprising that more than half of motorists (53%) report regularly seeing other people texting in stationary traffic during half or some of their journeys, while 29% claim to see this during most journeys.

In terms of talking on a hand-held phone while driving, three quarters (75%) of motorists report regularly observing other people doing this, with 44% saying they see this happening during most of their car journeys.

There is, however, a big difference in what motorists see being done by others and what they are prepared to admit to doing themselves with just 8% admitting to using a hand-held phone whilst driving. Motorists with less than 10 years’ experience are more likely to admit to talking on a hand-held mobile phone illegally (16%) compared to just 4% of those who have been driving over 25 years.

And, when it comes to drivers owning up to texting in stationary vehicles on the road, only 7% of motorists say they do, though this figure almost doubles to 15% for 17 to 24-year-olds.

According to the research only 53% of motorists strongly disagree that it is safe to use a mobile phone while sat in traffic lights or stuck in congestion and over a quarter (26%) think it safe to text and look at social media sites when stationary with the engine running; behaviour that is blatantly illegal.

There seems to be a perception among many motorists – rightly or wrongly – that they won’t get caught if they use their mobile phones while driving. More than half (51%) believe it is unlikely that they will be caught sending texts while their car is stationary. And, four in 10 (42%) motorists also think it is unlikely they will be caught texting while driving, with 16% believing it is ‘extremely unlikely’ they will get caught.

RAC technical director David Bizley said: “There is a huge discrepancy between what motorists report they are seeing when they drive and what they admit to doing themselves. This suggests some drivers are being economical with the truth and they simply do not consider themselves as being ‘one of them’. Yet of those motorists who admit to having used a hand-held phone or having texted or checked out social media while driving, 90% know they are breaking the law.

“The distraction caused by hand-held mobile phones ranks alongside the cost of fuel and the state of the roads as a major worry for motorists. Over a third (34%) worry about other drivers being distracted by talking on mobile phones while at the wheel. And, it is the older generation who are most concerned about this with half (49%) of motorists aged 65 or over voicing discontent – a 9% increase compared to 12 months ago.”

We are a nation of phone addicts and we do recognise the sound of a mobile phone ringing as a major source of in-car distraction. More than a quarter of motorists (27%) admit to feeling side-tracked when they hear a mobile phone ring-tone and this rises to 40% of younger motorists aged 17-24.

Whilst motorists don’t believe that technology is as big a distraction as other passengers or changing the CD when driving, 16% of them indicate that looking at their smartphone to read something can be an irresistible distraction; and this rises to 25% amongst company car drivers. Just 11% of motorists admit that texting is a key distraction while driving; however, this increases to 16% of 17 to 24-year-olds and one in five (20%) of motorists living in London – the texting capital.

Bizley added: “British motorists regard themselves as law-abiding and out of 35.8 million driving licence holders in the UK, around three million (less than one in 10) drivers have points on their licence. However, more than one million drivers have been convicted of using a hand-held mobile phone while driving since 2003, when it was made explicitly illegal. This prompts the question as to whether motorists are deliberately flouting the law or whether they are just unaware of exactly what is, and what isn’t legal?

“While the law is clear it seems that motorists regard using a mobile phone while stationary at traffic lights or when stationary in congestion as more socially acceptable and less dangerous than using their hand-held phones while on the move. They forget, for example, that when concentrating on their phone, a cyclist may pull up beside or just ahead of them and they may pull away, totally unaware of the cyclist’s presence.”

The law regarding in-car mobile phone use says it is an offence for anyone to use any type of hand-held communications device when driving. The definition of driving includes whenever the engine is switched on, even if the vehicle is stationary. It is therefore an offence to use a hand-held mobile phone or smartphone when the vehicle is stopped at traffic lights, is stationary in a traffic jam or is parked with the engine running.