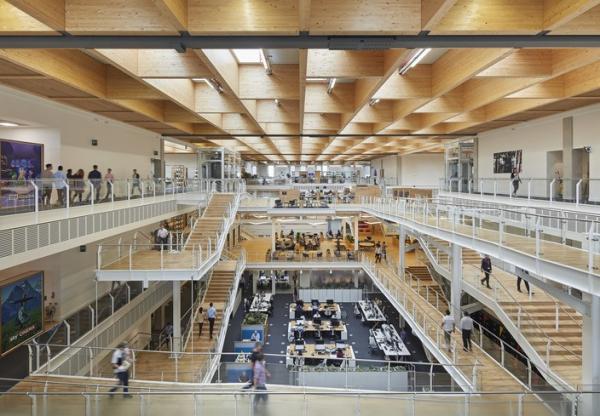 A spokesperson for the BCO said: "Sky has created a genuinely and hugely dynamic working environment for its team in Sky Central in Isleworth, according to the BCO judges. Housed beneath a spectacular and light enhancing structural timber ceiling, the judges said the large floor plates break down into a series of spaces that are varied, individual and yet unified. They added that despite housing up to 3,400 people, the overarching sense is one of calm, productive collaboration and creativity that is entirely suited to the nature of Sky's media-led business."

The annual programme was established in 1992 and appraises design, functionality, innovation and best practice.