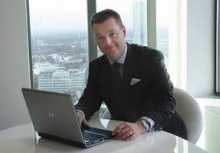 The government’s revised investigatory powers Bill, due to pass through Parliament this month, is accused of demanding the impossible.

Speaking on BBC’s Breakfast on Tuesday, Lawrence Jones, CEO, UKFast, a UK based managed hosting and colocation provider, accused the government’s revised Bill as being 'counterproductive and un-British'.

He called on Home Secretary Theresa May to urgently reconsider its Draft Investigatory Powers Bill before it passes through parliament this month, claiming it is a risk to business and to citizens’ rights.

Set to be introduced to Parliament this week, the Bill is understood to contain plans which mandate the collection and storage of individuals’ internet activities, including social media, messaging and browsing records for 12 months.

“Apart from the fact that it’s un-British and unethical to collect this bulk private data from people, the impact it could have on British digital businesses is significant,” warned Jones. “We currently trade on the fact that we have more security and privacy rights than our American counterparts but that competitive advantage could be removed.”

He went on to state his belief that it was already costing the UK communications and technology industry and forcing innovative and successful firms to relocate their operations outside of the UK. “Look at Eris Industries which is a great company. It is planning to relocate their operations if this Bill is passed in its current form. Rushing this through while people are distracted by the EU debate is a terrible mistake.”

While the government has estimated that the so-called Snooper’s Charter will cost nearly £2 billion to implement, Jones wondered if it had thought of the other costs which could come to bear. “There is the critical issue of actually storing the data for 12 months,” observed Jones. “Who will bear the cost of managing that staggering amount of information? I’m not sure they’ve been getting the best advice.”

While he is committed to UKFast’s current base in Manchester, politicians needed to realise the full extent of their decisions and legislation. “I can appreciate the concern that politicians and the public have but simply because they have a concern does not mean they can ignore the engineering and how technology and the internet work. This is like using a JCB to crack a nut.”

For its part the government insists that it has taken on board the concerns expressed by civil liberties groups and other interested parties. “We have considered the committees’ reports carefully and the Bill we are bringing forward today reflects the majority of their recommendations,” a source told The Independent newspaper. “We have strengthened safeguards, enhanced privacy protections and bolstered oversight arrangements. Terrorists and criminals are operating online and we need to ensure the police and security services can keep pace with the modern world and continue to protect the British public from the many serious threats we face.”

Picture: Lawrence Jones, CEO, UKFast accused the government’s revised Bill of being 'like using a JCB to crack a nut'