Something Cloudy, Something Unclear 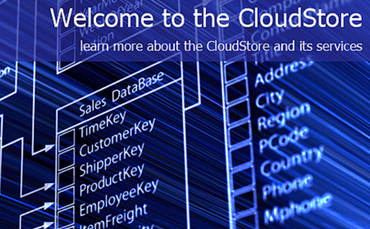 UK county councils have been told that they are guilty of not using the government’s CloudStore facility that could result in significant savings when procuring IT services.

It was launched in 2012 and championed as a way for cash strapped councils to purchase at attractive prices, the scheme appears to have failed to win over many of the 27 county councils. As described by the Cabinet Office, it is ‘a framework that lets providers of cloud-based services like software and platforms supply their services to public sector buyers’.

Cabinet Office Minister, Francis Maude, described it, at the time of the launch, as 'quicker, cheaper and more competitive' and that it offered county councils the enticing prospect of reaching deals that were from 25%-60% cheaper than traditional long term contracts.

However, a report to the BBC this week from Bull Information Services, has found that the take-up by councils has been disappointing. Using a Freedom of Information request, it discovered that the biggest user of IT services – Kent County Council, spent £38.5million on these services in 2012-13 but only £94,750 via G-Cloud. Hampshire CC had almost an identical spend on IT services but spent nothing in the same period on G-Cloud.

In their defence, county councils have argued that the structure does not necessarily guarantee the kind of flexibility and value for money that they are looking for. There is also the problem of where they are tied into long term contracts with outsourced providers, necessitating complex renegotiating. "It would be wrong to assume that non take-up of G-Cloud services represents a missed saving opportunity," stated Councillor Mark Hawthorne, vice chairman of the County Councils Network, part of the Local Government Association.

Currently, CloudStore – which will be renamed Digital Marketplace soon – has 1,518 suppliers, providing approximately 17,000 services, according to the Cabinet Office. Most of the business from the public sector is coming from central government, compared with local authorities.

The former is under pressure to meet the Government Digital Strategy which from last month, meant that central government departments must attain the ‘digital by default’ service standard. The claim is that as much as £1.8 billion could be saved with digital transactions being 20 times cheaper than by telephone and an estimated 50 times more so than face to face meetings.

Cynics might state that exaggerated claims for savings for IT services have been made by successive governments with often disastrous outcomes. On that basis, a degree of caution by local authorities might be understandable.

Pictured: CloudStore has not won the full confidence of UK county councils.

Modern slavery and forced labour have a huge presence within facilities management, its supply chain and the wider built environment. ThisWeekinFM spoke to Helen...