Stratford Gets Ring of Confidence 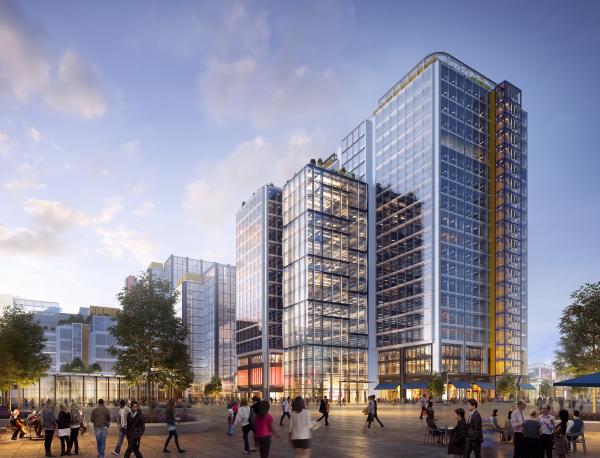 Deutsche Bank’s asset management arm has confirmed it is going ahead with investment of more than £370 million in The International Quarter Confidence in the East London development area.

The announcement was made by Lendlease and LCR with the forward sale of a further 515,000sqft of commercial space to Deutsche Bank’s asset management arm at The International Quarter, the £2.3 billion development at Stratford which at a total of 4 million soft is one of the largest new commercial developments in London.

The Financial Conduct Authority (FCA) building will be in a prominent position at the gateway to Queen Elizabeth Olympic Park and is anticipated to house around 3,800 FCA employees from 2018. The building will comprise 19 floors of Grade-A office space and ground floor retail, designed with the intention of obtaining a BREEAM Excellent certificate.

Acquired on behalf of one of its German funds, the asset management business of Deutsche Bank will make staged payments of more than £370 million over the course of the development period. Lendlease and LCR will continue to manage the delivery of the building through the Stratford City Business District Ltd joint venture.

“Today’s announcement with Deutsche Bank is further recognition of the remarkable opportunity created by The International Quarter,” declared Dan Labbad, CEO, International Operations at Lendlease. “We have now announced investment totalling more than £615 million in less than a month following the forward sale of 265,000sqft of commercial space pre-let to TfL. This is great news for Stratford and further backing for our plans to build a world class, healthy and flexible workplace in London’s fourth major business district which will also bring 25,000 new jobs to the area by 2025.”

Picture: Stratford in East London has had a further boost with the announcement that Deutsche Bank will invest £370 million in the International Quarter development

We've got a property digest brimming with stories - including the sad news that Arsenal will not be returning to Woolwich as had been hoped for many...