Street Life - Run Away From Time with Dim Feature 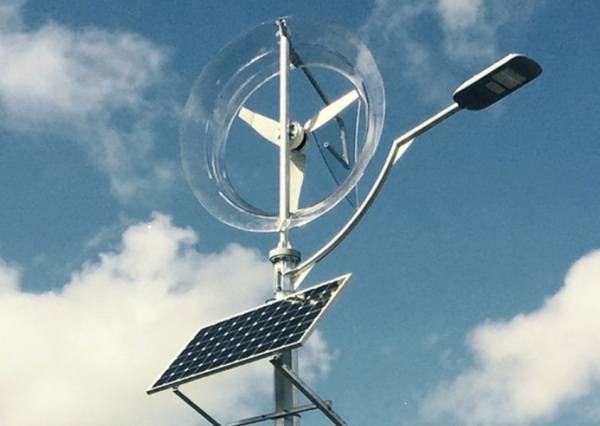 Airsynergy has launched a hybrid powered streetlight. The Renewable Power Unit (RPU) is wind and solar powered and also has a standby storage of up to 12 days. Should an area not require lighting at certain points of the day, the streetlight is also fitted with smart, power management technology which dims the lights to conserve energy when needed.

The RPU uses LED lighting, with a strength of 8,000 lumens, to ensure excellent visibility at night. A second light can be added to the RPU for areas that require more light, such as areas near schools and recreational areas.

The RPU's patented duct augmented technology increases the speed of the wind flowing past the blades. This means that power can be generated from lower wind speeds than conventional turbines. The RPU is therefore suitable for a wide range of locations such as pavements, walkways, car parks and recreational areas. Jim Smyth, CEO of Airsynergy, said on the launch: “Many parts of the UK don’t typically produce high wind speeds on a regular basis, so we are introducing a product which has been designed to accelerate the wind speed flowing past the turbine, consequently offering consistent, renewable power to all.”

Picture: The Renewable Power Unit streetlight is completely self-contained and thus is installed independently of any grid connection

Less Street Lighting is Not a Dim Idea

Led by researchers from the London School of Hygiene & Tropical Medicine in partnership with UCL, a study suggests that local authorities can ‘safely’...