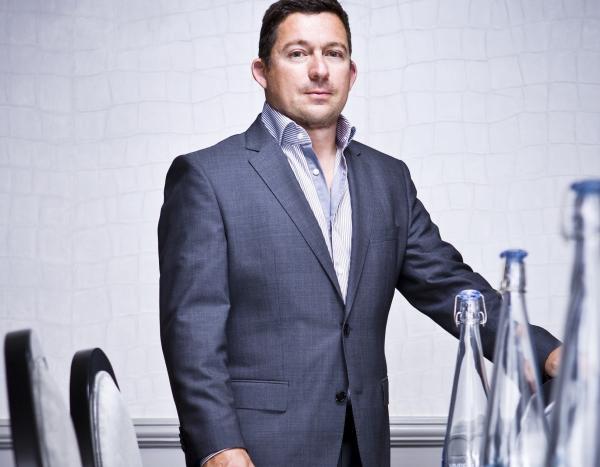 Research, educational and professional publishers, Springer Nature, were looking for a space saving and environmentally friendly water solution for their UK headquarters in London when they discovered Brita Vivreau.

Springer Nature has a large number of meeting rooms on campus holding up to 30 people at a time.

Springer Nature initially opted for Brita Vivreau’s table water bottling system which dispenses unlimited quantities of purified filtered chilled still and sparkling water in-house. Reusable glass bottles are used to serve water and can be branded with a company logo, as well as include a message.

After the first installation, Springer Nature proceeded to install four LinkLine systems across the campus, one Table Water Bottling System and over 30 Vi tap systems.

The LinkLine system requires a single chiller unit to offer purified chilled still, sparkling or even boiling hot water, at multiple locations, on varying floors, across an entire building. LinkLine is a method of networking your water supply, just as you would a communication network. LinkLine will continuously re-circulate the water around the pipes to ensure that freshness is guaranteed.

Kevin Winchester, Head of Business Development at Brita Vivreau commented: “We’ve been working with Springer Nature for a number of years. There were some space issues for their tea points and by using the LinkLine system they have effectively removed all the localised chillers throughout the whole complex.”

John Haskell, Contracts Manager at Springer Nature explains: “If we had the same number of units on each floor with a regular chiller, we would require 30 chillers in total. With the LinkLine systems we have in place, we have four high performance ice bank units providing a network of purified water across the entire campus.”

Stephen Charles, MD at Brita said: "The term ‘Corporate Social Responsibility’ has been around for several decades but can mean different things to different businesses. It’s not just about charitable work, and it’s not about short-term returns. The smart business has figured out that being properly responsible can reap long term rewards and improve profitability.

"For a business seriously wishing to be considered ‘responsible’ it would need to employ long term sustainable plans which create economic, environmental and social value. Water should be an important consideration in these plans, in particular the way that drinking water is made available.

"The great water bottle debate has raged for many years in terms of plastic vs glass and the evidence is clear; for businesses wishing to reduce waste and decrease carbon footprint as part of a CSR plan, offering reusable glass bottles in meetings instead of disposable glass/plastic bottles is a no-brainer."

Ensuring the Safety of a Building’s Water System

Find out how to make sure your building’s water system is compliant with the new British standard BS 8680:2020. Every water system will require regular...