Tales from the Vienna Woods 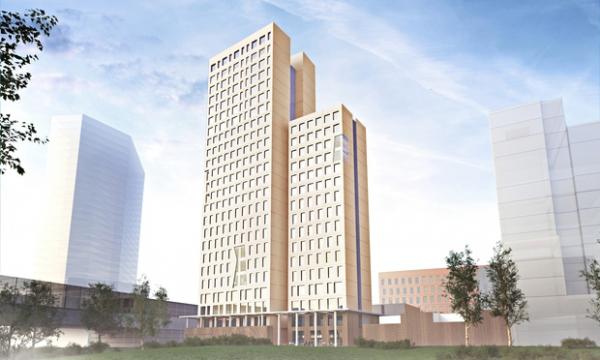 Ambitious plans have been unveiled for the tallest wooden skyscraper in the world to be built in the Austrian capital of Vienna.

Scheduled to be built next year, the HoHo building in the Seestadt Aspern area will be 84m high and accommodate a hotel, restaurant, apartments and ‘wellness’ centre and offices for a budget of €60 million.

The architect, Kerbler, has stated that sustainability lies at the heart of the project and 76% of the skyscraper – that will claim to be the tallest of its type in the world – will be made from wood. Kerbler also argues there will be significant savings in carbon emissions as wooden structure should save up to 2,800 tonnes in C02 emissions compared with a comparable concrete building.

The concept has not been without its critics, notably on the question of safety. The Vienna fire service, as reported in The Guardian newspaper, complained it had not been consulted on the practical issues. “A few of us were upset because it was crazy to present an idea like this that has not been discussed with everyone yet,” said Christian Wegner, its spokesman. “They have to carry out special tests on the correct combination of concrete and wood. We also want to develop a more fail-safe sprinkler system. I expect they will pass the tests but if they develop the building as they say they will, it will be a serious project.”

Picture: The HoHo wooden skyscraper is due for being built in 2016 with questions to be answered from the Vienna fire service over its safety.